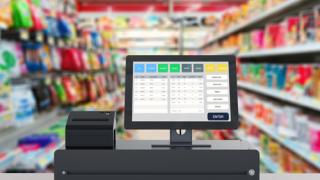 ALEXANDRIA, Va. — As the United States battled through the second year of a global pandemic, convenience store retailers saw sales tick up.

According to a NACS Pulse survey, two in three convenience retailers reported higher in-store sales in 2021 vs. 2020. By comparison, only 16 percent reported a decrease last year.

On the supply side, 63 percent of NACS supplier members said that sales to convenience retailers were higher in 2021 relative to 2020. On the flip side, only 9 percent said sales were lower.

The survey also found that suppliers are very optimistic about 2022. Specifically, 75 percent believe their sales in the convenience channel will increase in 2022 and 71 percent say they will invest more in the channel this year. Only 3 percent will invest less.

As NACS reported, this marks the second strong year of suppliers investing in the c-store channel. A year ago, 63 percent of supplier members said they would boost their investment in the channel.

For their part, suppliers point to continuing partnerships within the convenience channel for growing sales. Nearly two in three supplier members said they formed new relationships with retailers, which likely helped expand opportunities. As the survey found, 35 percent of suppliers said they increased SKUs in the channel and 31 percent said they entered new categories where they did not have a presence.

When it comes to challenges, it was no surprise survey respondents called out labor and supply chain issues.

Overall, 56 percent of suppliers are facing labor challenges, and the top three affecting their business are:

Retailers also expect both challenges to linger well into or beyond 2022. As the survey found, 40 percent said supply chain disruptions will no longer be a significant challenge in in the second half of this year, while 7 percent said they will never return to pre-pandemic normalcy.

When pointing to solutions to overcoming the labor challenges, retailers cited:

"Spend more time in the interview and on-boarding process. The costs are higher up-front, but it can help in reducing the percentage of hires who only show up for their first week and quit shortly afterward," said Lonnie McQuirter, director of operations at 36 Lyn Refuel Station in Minneapolis.

Looking to the year ahead, convenience channel suppliers said several trends that emerged in 2021 will continue, including the growth of healthy options in stores, the expansion of delivery options and greater usage of mobile apps for ordering.

Most of all, retailers said that a continued focus on serving convenience and in some cases, redefining it, will pay out big dividends in 2022, according to NACS.

"It's during the difficult times that you see the vendors that step up. Where there is a will, there is a way, and it always results in satisfying our customers 100 percent of the time, no matter what circumstances challenge the final product," said Dennis McCartney, director of operations with Kennett Square, Pa.-based Landhope Corp. (dba Landhope Farms).

"We partnered with a health food supplier that has allowed us to migrate our store from a 'snack and junk food' stop to a premium food store. Now we have larger basket sizes, both in items and value, and larger gross profits," De Caul said.