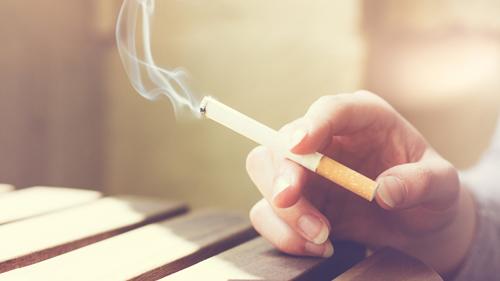 Eight in 10 smokers are in favor of requiring tobacco companies to use less nicotine in cigarettes.

ATLANTA — Most U.S. adults — both smokers and non-smokers — are in favor of lowering the nicotine levels in cigarettes, according to the Centers for Disease Control and Prevention (CDC).

The new CDC report, which was published in the American Journal of Preventive Medicine, found that adults, including eight in 10 smokers, support requiring tobacco companies to lower the amount of nicotine found in cigarettes to make them less addictive.

The data came from the 2018 SummerStyles survey, a nationally representative online survey of U.S. adults aged 18 and older. The percentage of those who favor reductions in nicotine was high across all assessed categories including sex, age, income, education, race/ethnicity, and use of other types of tobacco products besides cigarettes, according to the CDC.

"Cigarettes and other combustible tobacco products are responsible for the overwhelming burden of death and disease from tobacco use in the United States," said Corinne Graffunder, director of CDC's Office on Smoking and Health. "Lowering nicotine levels in cigarettes could help current smokers quit and make it less likely for future generations to become addicted to these products."

The findings come as the Food and Drug Administration puts nicotine at the center of its regulatory focus, as Convenience Store News previously reported.

Last year, it issued its advance notice of proposed rulemaking (ANPRM) to explore lowering nicotine in cigarettes "to minimally or non-addictive levels." Through the ANPRM, the agency sought public input on such questions as:

Analysts: FDA's New Nicotine Focus Will Be a Long Journey