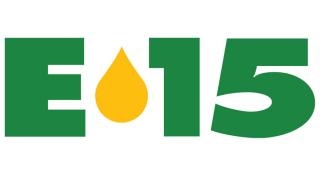 "We respectfully request that EPA promulgate a regulation applying, in lieu of the RVP limitation established by Section 211(h)(4), the RVP limitation established by Section 211(h)(1) to all fuel blends containing gasoline and 10 percent ethanol that are sold, offered for sale, dispensed, supplied, offered for supply, transported, or introduced into commerce in Iowa, Nebraska, Illinois, Kansas, Minnesota, North Dakota, South Dakota and Wisconsin beginning with the 2023 summer ozone control season," the letter reads.

"We are grateful to Governors Reynolds, Ricketts, Burgum, Evers, Kelly, Noem, Pritzker and Walz for working to secure permanent, year-round access to cleaner, lower-cost E15 fuel," said Growth Energy CEO Emily Skor. "While President Biden's recent decision to lift restrictions on E15 fuel nationally this summer was a welcome and exciting announcement, particularly as drivers across the nation continue to face high gas prices, we need a permanent fix to protect access to E15 next summer and beyond. The governors' timely request to Administrator Regan would allow more drivers in their states to save money at the pump and reduce vehicle emissions as we work toward a national permanent solution."

"We thank Iowa Gov. Kim Reynolds and this entire bipartisan group of governors for their determined leadership," said Renewable Fuels Association President and CEO Geoff Cooper. "These governors should be applauded for pursuing a simple regulatory solution that will allow consumers in their states to benefit from E15's lower cost and lower emissions 365 days a year. Once this notification is approved by EPA, it will mean lower pump prices for drivers in these eight states, lower tailpipe pollution, a more secure energy supply, and a more vibrant rural economy."

"Skyrocketing gas prices underscore the need for year-round access to biofuel blends, like E15, that save money, lower emissions and are made in America," added Joshua Shields, senior vice president of government affairs and communications at POET, the world’s largest producer of biofuels.

Monte Shaw, executive director of the Iowa Renewable Fuels Association, concluded that other states can also get on board.

"While these governors are leading the way, it's not too late for others to follow suit,"stated Shaw. "States that don't exercise their authority will see low-cost E15 forced out of their markets, and retailers will be hesitant to expand access in their states. This has been an incredible week for E15 here in Iowa. Thanks to Gov. Reynolds, Iowa will have a permanent solution for year-round E15 and a just-passed, nation-leading E15 access bill. This is what real leadership looks like."