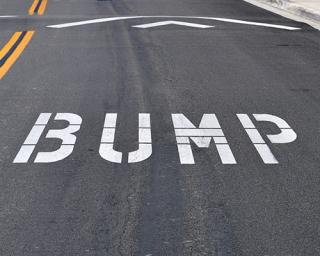 NATIONAL REPORT — Foodservice has long been touted as the biggest growth opportunity for the convenience store industry as the stigma of "gas station food" wanes and consumers show increasing interest in heading to a c-store for a bite to eat. This hasn't changed more than a year into the COVID-19 pandemic, but the category's journey has gone from smooth sailing to a bumpy road.

Convenience store prepared food is still on the menu for many shoppers, but not nearly as many as one year ago, according to the findings of the 2021 Convenience Store News Realities of the Aisle Study, an annual benchmark study of U.S. c-store shoppers.

Slightly more than half of c-store shoppers still make a practice of purchasing prepared food at c-stores — 52 percent say they have done so within the past month. However, this is an enormous 28-point drop from the 80 percent of c-store shoppers who said the same in 2020.

Accordingly, the average number of prepared food purchases made at convenience stores within the past month fell from 5.0 times to 2.7 times, a decline of 2.3 purchases.

This drop in prepared food purchases isn't uniform across all demographic groups. More than two-thirds of millennials (67 percent) report buying food in the past month, ahead of Generation X (53 percent) and Generation Z (47 percent). Millennials also make a higher number of monthly purchases on average (4.7), as do men (3.0 purchases vs. 2.3 purchases by women).

Regionally, the Northeast — home to many convenience foodservice hard-hitters — fares better than other areas of the country with 62 percent reporting purchases in the past month, vs. 52 percent of shoppers in the Midwest, 51 percent in the West, and 48 percent in the South.

Among shoppers who said they did not purchase prepared food from a c-store in the past month, the top three reasons cited were: they didn't plan to make a prepared food purchase when they went to the store; they prefer not to buy prepared food at c-stores; and they weren't hungry when they were there. Each of these reasons was cited by 31 percent of the shoppers.

Additionally, 23 percent say the food was too expensive, and 22 percent didn't like the available selection. Year over year, these two answers jumped by 8 percentage points and 5 points, respectively, which could indicate increased price sensitivity and greater choosiness among shoppers on where they make away-from-home food purchases during the pandemic.

Another red flag for convenience foodservice is a drop in satisfaction year over year: 64 percent of shoppers report feeling completely satisfied or very satisfied with their last c-store prepared food purchase, down 7 points from 2020.

Gen Z (45 percent), in particular, feels less positive than millennials (66 percent), Gen X (67 percent) and baby boomers (63 percent). To make up this gap, retailers should consider how they can better satisfy the needs and desires of this up-and-coming cohort.

The attributes that consumers say are most important when purchasing prepared food at a c-store are food quality and price/value. These attributes were cited by the most shoppers (43 percent and 41 percent, respectively), but saw a slight drop compared to last year when 45 percent cited both as important. Taste holds steady in importance, cited by 37 percent of shoppers.

Despite the increased availability of contactless purchase options in the convenience channel, delivery, drive-thru and curbside pickup are not yet among the most important attributes when purchasing prepared food at a c-store.

When they compare their c-store prepared food purchases to items purchased at other foodservice outlets, more than half of customers consider casual dining items (57 percent) and fast casual items (52 percent) to be better. Sentiment regarding those channels has slipped, though, as the percentage reporting that casual-dining food is better dropped 4 points, while the percentage reporting that fast casual food is better dropped 2 points vs. a year ago.

More than half of c-store shoppers consider prepared food items from fast-food outlets and grocery/supermarkets to be similar or worse than c-store prepared food.