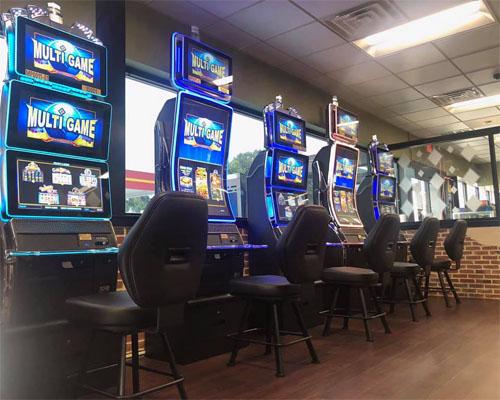 YORK, Pa. — Rutter's debuted the first of more than a dozen video gaming rooms expected to open this year.

In conjunction with Marquee by Penn, a subsidiary of Penn National Gaming Inc., Rutter's plans to open more than 10 video gaming terminals (VGTs) rooms in 2019, with more scheduled for 2020.

Locations licensed for VGTs provide customers 21 and older with five machines in a designated room, where they are also able to enjoy Rutter's award-winning food and beverages while playing, according to the c-store retailer.

The 2125 Susquehanna Trail location is one of four Rutter's designated as a Qualified Establishments in Pennsylvania. The c-store retailer expects to open three more rooms at these establishments within the next month at its Port Royal, Duncansville and West Manchester locations.

"Rutter's has evolved as a business over the years, from a dairy to convenience stores, from smokes and cokes to fuel and food service," explained Scott Hartman, Rutter’s president and CEO. "We are constantly listening and learning from our customers, and VGTs are one example of our progressive model."

York-based Rutter's is a privately-held chain of 75 convenience stores in Pennsylvania, Maryland and West Virginia.