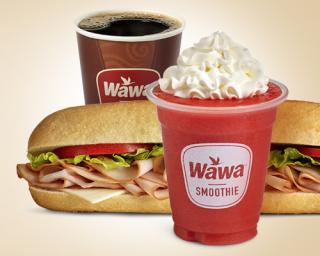 WASHINGTON, D.C. — Wawa Inc.'s first convenience store in the nation's capital will celebrate its grand opening on Thursday, Dec. 14. The doors will open at 8 a.m., with a ribbon-cutting ceremony to be held at 9 a.m.

Located at 1111 19th St. NW in the central business district, the store occupies 9,200 square feet, making it the largest Wawa location to date.

Highlights of the store include:

The business will operate 24 hours a day.

The grand opening comes just more than three months since its groundbreaking, which was attended by Wawa representatives, local officials, area Wawa charitable and business partners, and members of the community, as Convenience Store News previously reported.

Wawa is also planning its second store in Washington, D.C., to be located at 1222 Wisconsin Ave. NW in Georgetown, according to the Washington Business Journal. The design of this store will have an upscale, urban feel, including customized architectural elements that meet the Old Georgetown Historic District's historical needs and requirements.

The Pennsylvania-based convenience store retailer reportedly hopes to open the Georgetown location by the end of 2018, along with five to 10 new Washington, D.C., stores during the next two to three years.

"By opening stores within the District, we will expand our brand awareness to the 600,000 residents and 700,000 daytime employees, including 200,000 millennials, who live and work in the District," Brian Schaller, Wawa's senior vice president and chief real estate officer, said at a June 13 Community Partnership Event in the capital. "In addition, we are extremely excited to serve the 21 million visitors who travel to Washington, D.C., each year, many of whom are already familiar with Wawa."