Convenience Cuisine at Its Finest

Whitehouse Station, N.J.-based QuickChek earned the esteemed title of 2016 Foodservice Innovator of the Year, chosen by CSNews’ How-To Crew panel of foodservice experts from the retailer, supplier, wholesaler, research and consulting fields. The annual awards program is presented in partnership with Tyson Convenience.

Winners are recognized for raising the bar on quality, service and innovation in the fast-growing and critically important foodservice category in the convenience channel. In addition to QuickChek, the other 2016 Foodservice Innovators are:

Foodservice Innovator of the Year: QuickChek

Although it wasn’t the first retailer to launch a mobile app in the convenience channel, QuickChek is likely the first to integrate mobile ordering with its app to support what is already a great foodservice program, one How-To Crew member said in championing the retailer’s nomination for Foodservice Innovator of the Year.

QuickChek launched the mobile ordering service in March for freshly prepared breakfast items, custom-made subs and salads. Customers can place orders between 5 a.m. and 10 p.m. and select their desired pickup time at any of the chain’s stores throughout New Jersey, New York’s Hudson Valley and Long Island. Orders are prepared to coincide with the selected time of pickup to ensure freshness and correct temperatures.

Mobile ordering is the result of customer demand, according to QuickChek CEO Dean Durling, whose company has also seen an increase in sales of its signature bakery products made via in-store ovens, freshly made sandwiches, and custom-made espresso-based drinks. Also on the tech front, QuickChek in early 2015 rolled out a self-ordering kiosk system for foodservice.

On the foodservice beverage front, How-To Crew members cited QuickChek’s successful and broad choice of cold and frozen beverages, including coffee-based refreshments. Plus, the company’s award-winning coffee program continues to be a model in the hot beverages area for its seamless introduction of made-to-order service and large variety of condiments.

As one How-To Crew member said, “QuickChek is really a class act that is quiet, but they deserve accolades” for continuously improving their foodservice offer.

Indeed, Nice N Easy’s fresh-food program was one of the things that attracted CST Brands to acquire the Canastota, N.Y.-based chain. Now, CST’s Corner Store customers are getting a taste of what central New York diners have been enjoying for a decade.

This year, CST expanded the Melt Program, a “grown-up” version of the grilled cheese sandwich, to its Texas and Canada stores. The Melt Program originated in Nice N Easy’s Easy Street Eatery concept and is now part of the broader CST family across North America. The program consists of the Two Alarm Turkey Melt, Philly Steak Melt, State Fair Melt, Three Cheese Melt, and the classic Reuben Melt, plus a Smoked Meat Reuben for the Canadian market.

Why is the Melt Program growing so rapidly? “Because it’s good. Seriously, it’s really, really good, and can be made fast and made-to-order. It’s a very popular and fast-growing item,” according to one How-To Crew member.

Under the direction of longtime foodservice maven, Dr. Jack Cushman, and chefs David Haynes and Andrew Franco, CST is also expanding made-to-order subs and pizza from New York to Texas to the provinces of Ontario and Quebec in Canada.

This is the first time in the Foodservice Innovators winners’ circle for Circle K. The new global convenience store brand of Canada-based Alimentation Couche-Tard is being recognized for recent enhancements made to its hot beverage offering.

How-To Crew members pointed to several areas that have been addressed in a major category refresh that is going on across the entire Circle K store base and driven by the international retailer successfully sharing best practices throughout its footprint.

Circle K is actively trying to make it easier for the customer. One example is its more customer-centric terminology, moving from a cup size based on ounces to a more relative description of small, medium and large.

In the stores where this program has been implemented, customer response has been very positive, according to the company’s nominators.

QuikTrip recognizes all the current trends in the cold and frozen beverages categories, and has quality programs in place that take advantage of them. The QT mega-fountain offers the latest in flavors and lifestyle additives, such as extra caffeine and proprietary sports drinks.

The selection for frozen carbonated and non-carbonated drinks is likewise better than most of its competitors, including custom flavors; and its dispensed beverage offer also includes four flavors of fresh, made-on-premises iced tea in both unsweetened and sweetened varieties.

“They have a wide range of selection, terrific presentation, sharp prices and always top cleanliness,” said one How-To Crew member. And another added: “They’re still the best.”

Best New Foodservice Program or Item of the Year: Maverik

Maverik this year continues to push the boundaries of fresh foodservice in the convenience channel by piloting the BonFire Grill pizza program, featured in the chain’s completely redesigned stores where fresh-food preparation takes center stage.

The pizzas come in two convenient sizes: a personal size that’s perfect for the lunch daypart, and a 12-inch size that spans the dayparts and reaches into the dinnertime offering.

By the end of this year, the BonFire Grill program (including pizza) will have been rolled out to more than 40 Maverik locations within the nearly 300-store chain. The company is also testing a few complementary made-to-order concepts like premium burgers, specialty subs and tacos to determine the best offers for expanding the BonFire Grill brand.

Best Foodservice Promotion or Limited-Time Offer of the Year: 7-Eleven

7-Eleven celebrated the 50th anniversary of its iconic Slurpee frozen beverage line this summer with a number of timely and unique promos that caught the attention of our How-To Crew members.

Other innovative Slurpee promos this year included the launch of the Big Red Slurpee as a new summer variety. Big Red soda has strong roots in Texas and was made available in more than 650 participating 7-Eleven stores in the Lone Star State – part of 7-Eleven’s efforts to showcase national and regional soda favorites by recreating them as Slurpee flavors.

A second summer partnership, this time with Sour Patch Kids candy, led to the creation of the Sour Patch Redberry Slurpee. This limited-time variety was only available through the end of the retailer’s “100 Days of Summer” campaign. Mondelez International Inc.’s Sour Patch Kids is the No. 1 sour candy brand overall and a top-selling candy at 7-Eleven stores, while fruit-flavored Slurpees are among the most popular drinks with 7-Eleven customers.

And, just when you thought 7-Eleven couldn’t take the Slurpee craze any further, it introduced a limited-time Wild Cherry Slurpee doughnut. The bakery treat consisted of a cake doughnut speckled with pink inside and topped with wild cherry-flavored icing and sugar crystals.

PHOTO GALLERY: The 2016 Foodservice Innovators of the Year

From prepared foods to dispensed beverages, these chains are best of the best. 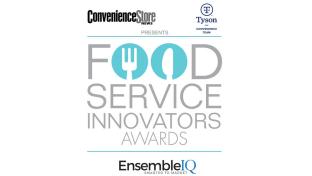 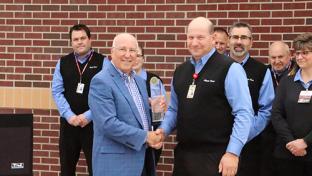 Foodservice
VIDEO: Hear From the 2019 Foodservice Innovators of the Year 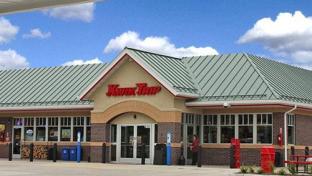 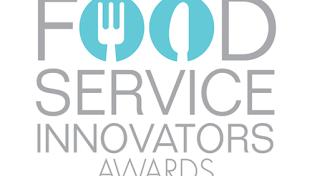 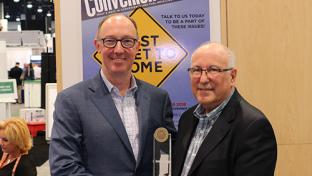