General Mills' category management team wants retailers to think differently about the salty snacks category, broadening it to incorporate a wider assortment of snacks and create destination sets in the store. The team partners with distributors and retailers to build high-impact planograms (POGs).

They do this by using the most current shopper behavior data from VideoMining, leveraging custom research, and remaining true to the sales data (both Nielsen and retailer-specific).

However, one of the key shopper changes that VideoMining has reported over the past year is the marked decrease in time spent shopping the salty snack set. Prior to the pandemic, salty snack shopping time averaged 22 seconds. In the third quarter of 2020, that dropped to 18 seconds. The nearly 20-percent reduction in shopping time amplifies the need for impactful shelf sets that are both shoppable and meet shopper needs while driving dollar sales.

At the same time that shoppers are spending less time in the store, they are buying more per visit — basket size has increased by more than a $1 (from $9.24 to $10.54), and salty snacks gained 27 cents of that increase. The combination of less shopping time and increased willingness to spend more in the store translates into opportunities for the retailer if their POGs are optimal and shoppable across categories. 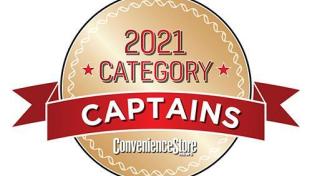