NATIONAL REPORT — CB4, whose solutions allow retailers to better understand and serve their customers, announced the winners of its inaugural C-store Loyalty Awards.

In 2018, convenience retailers launched and relaunched some of the most inspired c-store loyalty programs to date. Recognizing what makes top loyalty programs, the award winners are: 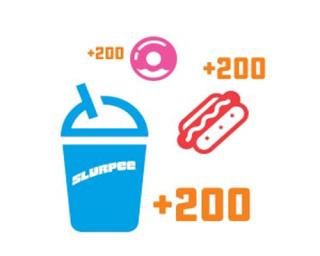 7-Eleven expanded the 7Rewards program to all beverages and included a points program for purchases including select snacks, drinks and other items.

7Rewards started as a buy six hot beverages/get the 7th free program. In 2018, 7-Eleven expanded the program to all beverages and included a points program for purchases including select snacks, drinks and other items.

To entice customers, 7-Eleven rolled out a giveaway program for 7Rewards. In March, it gave seven registrants 1 million points each, with entries being made each time customers scanned their 7Rewards app during a purchase. The convenience retailer also awarded prizes such as a media room, trips to sporting events and racing weekends, tickets to live music events, and a trip for two to Paris.

Since enhancing their 7Rewards program, 7-Eleven made the following updates:

Proving that enticing prizes, attention-grabbing go a long way with customers, 7-Eleven has gone from 9 million members to more than 12 million in the short time since its launch, according to CB4.

Best Use of Data to Build Loyalty: Maverik's Adventure Club

Maverik partnered with Paytronix to upgrade its Adventure Club loyalty program. The goals were to increase future visits and increasing total purchases. To execute the upgrade, Maverik capitalized on Paytronix’s machine learning capabilities and proprietary algorithms to give Adventure Club members individually customized.

Murphy USA launched its Murphy Drive Rewards program in 2018 at 200 convenience stores. Since doing so, it has seen nearly 1 million sign-ups.

The program has a variety of features, most of which center around the engaging and customizable Drive Rewards app:

The features above have also driven word of mouth success. According to Murphy USA CEO Andrew Clyde, customers outside of the 200-store test area have been asking Murphy’s employees when the program will expand to in their area.

In addition to leveraging each other's strengths to service customers, Caltex will be folded into the Woolworth's Rewards program as a core partner, broadening the entire redemption program.

Via the partnership, the companies have strategically expanded their top loyalty program, both geographically, and in terms of offerings. Some cornerstones of the program are:

Early in 2018, Circle K wanted to drive traffic from pump to store. Their tactic, according to President and CEO Brian Hannasch, was to deliver additional value by capitalizing on their customers most desired products.

As a first step, it targeted a large and important customer segment — tobacco users — by rolling out its Tobacco Club. In the first six weeks, Circle K garnered more than 600,000 members and earned more than 2.4 million membership-related transactions. The rollout also drove incremental foot traffic and boosted sales.

These improvements came courtesy of alluring loyalty features such as: