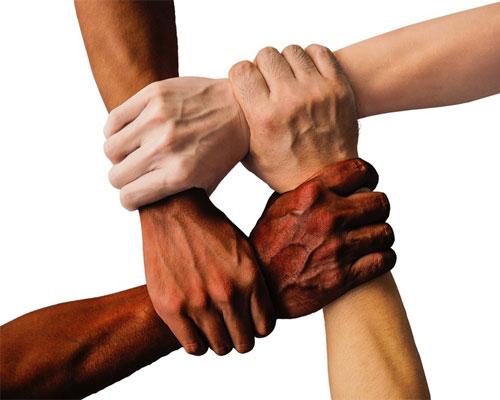 "It took me 28 years of proving myself to senior management to get to the VP level. I had the skill sets for the jobs, but I was being passed up for other individuals."
— Hispanic woman, NEW survey respondent

A few months ago, the Network of Executive Women (NEW) added a tagline under its logo: "Advancing all women. It's just good business."

The tagline speaks for itself — and our corporate partners recognize the business case for gender diversity and inclusion, and have moved on to efforts to make it a reality.

The increased focus on gender equality is shaking up our workplaces, and corporate leaders are rooting out gender bias in their company policies, programs and talent strategies. We're seeing a greater desire to retain talented women and more investment in women's leadership development. That's all good.

But in many cases, attempts to provide a workplace where "all women" can succeed have underperformed — or outright failed — because they are based on the premise that all women’s workplace experiences and barriers to success are the same. That assumption marginalizes the unique experiences and perspectives of women of color.

When leaders focus on women as a single group, they perpetuate the women of color achievement gap.

NEW's latest research report, Advancing All Women: How women of color experience the workplace, published in partnership with Mercer and Accenture, addresses this achievement gap head-on.

How wide is that gap? Women of color make up more than 35 percent of the female U.S. population, but just 15 percent of the managers, senior managers and executives at the retail and consumer goods companies we surveyed. Worse, we found that figure will decline over the next 10 years if there are no changes in talent strategies.

The good news: Our research found women of color could hold one in four of those roles by 2027 if companies address the very different experiences women of color are having at work through new hiring, promotion and retention strategies.

As a group, women of color pointed to two factors influencing their intent to stay with a company: a feeling of belonging and satisfaction with their ability to achieve long-term career goals. These were the only two factors consistently selected by women across all ethnic and racial groups surveyed: White, Black, Hispanic and Latina, and Asian.

In both areas, companies are falling short, especially for women of color.

Only six in 10 women of color reported feeling a sense of belonging, compared to seven in 10 white women. As women of color face conscious and unconscious biases against their gender, race and, for some, religion, they feel pressure to "cover" or hide aspects of their authentic selves at work — leading to greater workplace stress. In many cases, women of color also deal with additional cultural, community or religious demands that make work/life integration even tougher than it is for white women.

As one black woman who participated in our survey pointed out: "Often, promotions are given to the most agreeable in the group and not the most qualified."

Key factors influencing job satisfaction also differed between Asian, black and Hispanic women, our research found. Asian women reported that opportunities to improve their skills, pay for performance, the ability to use their paid time off and a culture with minimal favoritism influenced their level of engagement and happiness on the job.

As a group, black women put greater importance on feeling they are part of a group. Their relationship with their supervisor and level of job stress also weighed on their intent to stay with their company. Hispanics and Latinas said trust in their supervisors and a range of developmental assignments were key factors in their job satisfaction.

Advancing All Women offers an action plan to move toward gender and racial equality. Here are some of the strategies NEW lays out:

Most companies still have a long road to travel to get to workplace equality for women, and an even farther distance for women of color.

Download the complete "Advancing All Women" report at newonline.org/allwomen.

Editor's note: The opinions expressed in this column are the author’s and do not necessarily reflect the views of Convenience Store News.