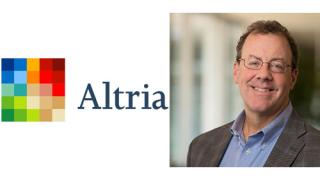 RICHMOND, Va. — Altria Group Inc. wrapped up 2018 on an active note, taking steps to position itself for long-term success as cigarette volumes continue to decline and uncertainly swirls around tobacco legislation.

In late December, the Richmond-based tobacco company made a $12.8-billion investment in Juul Labs Inc., the leading e-vapor company based in San Francisco, as Convenience Store News previously reported.

"Through Juul, we have found a unique opportunity to not only participate meaningfully in the e-vapor category, but to also support and even accelerate transition to non-combustible alternative products by adult smokers," Altria CEO Howard Willard explained during the company's fourth-quarter earnings call on Jan. 31.

"The Juul investment provides Altria with a significant stake in the largest and fastest growing e-vapor company with a highly talented management team, successful end market products, a strong innovation pipeline and significant international opportunity," he continued. "When you add Juul's already substantial capabilities, our underage tobacco prevention expertise and ability to directly connect with adult smokers, we see a compelling future with long-term benefits for both adult tobacco consumers and our shareholders."

According to Willard, Juul saw net revenues of $1 billion-plus in 2018, up from roughly $200 million in 2017. Juul also grew volume by nearly 600 percent to reach more than 450 million refill kit pods sold.

Altria estimates that Juul represents more than 30 percent of the overall e-vapor segment across open and closed systems and all trade classes.

In addition to the U.S. landscape, Altria's stake in Juul comes with international prospects and, according to the chief executive, Altria's share of Juul's international e-vapor income would be 100 percent incremental.

"We believe the global e-vapor and heat-not-burned segments with estimated sales of roughly $23 billion in 2018 have substantial room to grow," Willard said, noting that Juul currently operates in eight countries, with plans for additional international expansion this year.

However, vapor products — notably Juul — have come under fire from the Food and Drug Administration (FDA) as it ramps up its youth tobacco prevention efforts. Willard acknowledged this is an issue the industry must continue to address "aggressively and promptly."

"Harm reduction remains central to our view of the future for the tobacco industry. In addition to the significant opportunity presented by e-vapor, we remain very excited about the prospects for heat-not-burned in the U.S.," he said, pointing out that Philip Morris International submitted its Premarket Tobacco Application for iQOS to the FDA almost two years ago.

"We remain fully committed to the success of iQOS in the U.S. and are excited to deploy our robust commercialization plans. PM USA [Philip Morris USA] is establishing brick-and-mortar stores, including locations in multiple cities within the first year of launch. They've already hired personnel to support pre-launch activities and are collaborating with key partners to best position iQOS at retail," Willard explained.

Altria's investment in Juul came two weeks after it took a $1.8-billion minority stake in Canadian cannabis company Cronos Group Inc. The transaction is expected to close in the first half of 2019.

According to Willard, Altria's 45-percent stake in Cronos will create a new opportunity in an adjacent category poised for rapid growth.

"It complements our strong core tobacco businesses and expands our income opportunity beyond the U.S. After years of evaluating adjacent opportunities, the cannabis category is quite attractive and delivers on some key considerations, including accretion to our long-term financial performance and synergy with Altria's capabilities, allowing our combined resources to accelerate Cronos' growth," the CEO said.

While a range of estimates exists, a recent third-party report projects the 10-year global cannabis revenue opportunity to be in the range of $40 billion (under a similar legal landscape to today) to more than $250 billion (assuming a fully legal market worldwide), according to Willard.

Altria's investment will allow Cronos to grow its global footprint and production capacity, and accelerate the execution of strategic initiatives, including investments in cannabinoid innovation and developing differentiated products and brands across medicinal and recreational categories.