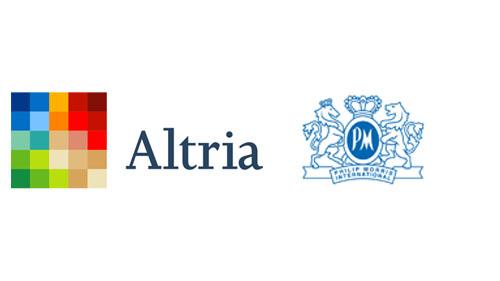 "While we believed the creation of a new merged company had the potential to create incremental revenue and cost synergies, we could not reach agreement," said Altria's Chairman and CEO Howard Willard. "We look forward to continuing our commercialization of IQOS in the U.S. under our existing arrangement."

In late 2013, Altria and PMI formed a strategic partnership to bring PMI's heat-not-burn product IQOS to the United States.

This spring, the Food and Drug Administration approved a Pre Market Tobacco Application for IQOS, paving the way for the product to hit U.S. stores. In September, the first U.S. IQOS retail store at Lenox Square in Atlanta.

IQOS is an electronic device that heats tobacco-filled sticks wrapped in paper to generate a nicotine-containing aerosol. Under and exclusive licensing agreement with PMI, Philip Morris USA will commercialize IQOS in the U.S. with Marlboro Heatsticks.

"After much deliberation, the companies have agreed to focus on launching IQOS in the U.S. as part of their mutual interest to achieve a smoke-free future," added PMI CEO André Calantzopoulos.

Rumors about a possible merger have been around for years, kicking up every few months— with the most recent coming at the end of the summer. On Aug. 27, Altria and PMI did confirm they were in discussions about merging the two companies. However, at the time, Altria said there can be no assurance that any agreement or transaction will result from these discussions.

"While we are dismayed by today's announcement that PMI and Altria have ended merger talks, we aren't all that surprised given the length of negotiations (nearly a month since talks were confirmed) and the litany of negative FDA [Food and Drug]/health headlines throughout," said Bonnie Herzog, managing director of tobacco, beverage and convenience store research at Wells Fargo Securities LLC,

PMI is a leading international tobacco company engaged in the manufacture and sale of cigarettes, smoke-free products and associated electronic devices and accessories, and other nicotine-containing products in markets outside the United States.

PMI's smoke-free IQOS product portfolio includes heat-not-burn and nicotine-containing vapor products. Its heat-not-burn product is available for sale in 48 markets in key cities or nationwide under the IQOS brand.