RICHMOND, Va. — The Altria Group Inc. and Philip Morris International (PMI) are building on their strategic framework to commercialize reduced-risk products and electronic cigarettes to now include a joint research, development and technology-sharing agreement.

Under the pact, Altria and PMI will collaborate to develop e-vapor products for commercialization in the United States by Altria and in markets outside the United States by PMI. It also provides for exclusive technology cross licenses, technical information sharing and cooperation on scientific assessment, regulatory engagement and approval related to e-vapor products.

The two tobacco companies reached their original agreement in December 2013. Subsidiaries of the companies entered into a series of agreements to address intellectual property licensing, regulatory engagement and contract manufacturing, as CSNews Online previously reported.

As a result of the pact, it is believed that PMI's candidate products would be regulated in the United States as Modified Risk Tobacco Products (MRTPs) and any commercialization would be subject to Food and Drug Administration (FDA) authorization, PMI said in a news release when reporting its second-quarter results.

PMI expects to apply to the FDA during the course of 2016 for one of these two candidate reduced-risk products, its heat-not-burn iQOS product, to be approved as an MRTP.

As it expands its agreement with Altria, PMI has dissolved its joint venture with Swedish Match. The mutual decision ends an agreement relating to the sale of smokeless tobacco products outside Scandinavia and the United States.

The joint venture was known as SMPM International — owned on a 50/50 basis by Swedish Match and PMI — and was established in 2009 with an aim to commercialize snus outside Scandinavia and the United States. Within the scope of the joint venture, Swedish Match has developed and produced snus products that have then been sold through the PMI organization.

Both companies have licensed trademarks to the joint venture. The joint venture most recently has been selling snus in Canada, Russia, Israel and Malaysia. Costs for joint-venture activities have been shared equally between the two companies.

According to a release, there is a small but growing demand for snus in current joint-venture markets. The development has, however, taken longer than the parties had initially anticipated. As a consequence, the parties have mutually agreed to dissolve the joint venture.

Swedish Match and PMI will now focus on independent strategies for the commercialization of snus in the former joint-venture territory. Trademark licenses will revert to the original owners, and separate transitional agreements have been signed whereby Swedish Match will supply snus products to PMI for certain markets and PMI will perform distribution services on behalf of Swedish Match in Canada and Russia.

"We appreciate the hard work and efforts of all involved in the SMPM International joint venture. We have attained valuable insights and are pleased to see that snus has been viewed by many outside of our core markets as a viable alternative. We look forward to continuing to build our knowledge and work toward further developing our snus business globally," said Lars Dahlgren, president and CEO of Swedish Match. 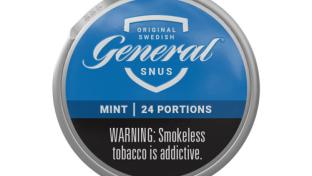