WASHINGTON, D.C. — The Food and Drug Administration (FDA) is facing a court challenge over graphic cigarette warning labels, or the lack of.

On Oct. 4, eight public health and medical groups, and several individual pediatricians, filed a lawsuit in the U.S. District Court for the District of Massachusetts to force the FDA to issue a final rule requiring the warnings on cigarette packs and advertising, as mandated by the 2009 Family Smoking Prevention and Tobacco Control Act.

The seven-year-old Tobacco Control Act required graphic warnings covering the top half of the front and back of cigarette packs and 20 percent of cigarette advertising and gave the FDA until June 22, 2011, to issue a final rule requiring such warnings.

The FDA released its nine graphic warnings in June 2011 with the mandate that they appear on all cigarette packaging and advertising by Sept. 22, 2012. That mandate, however, was met with a lawsuit filed by several tobacco companies, as CSNews Online previously reported.

The legal challenge landed in U.S. District Court in Washington, D.C., where Judge Richard Leon ruled in February 2012 that the warnings — a mix of text and graphic images — violated the First Amendment. "The government has failed to carry both its burden of demonstrating a compelling interest and its burden of demonstrating that the rule is narrowly tailored to achieve a constitutionally permissible form of compelled commercial speech," Leon said in his ruling.

The FDA immediately appealed the ruling and in a two-to-one decision, the U.S. Court of Appeals in Washington, D.C., affirmed the lower court ruling in August 2012.

The appeals court tossed out the requirement and told the FDA to go back to the drawing board on the warning labels.

In a separate case in March 2012, U.S. 6th Circuit Court of Appeals in Cincinnati rules that requiring cigarette warning labels does not violate free speech.

Taken together, these two federal court decisions mean the FDA is still legally obligated to require graphic health warnings, and the agency is free to use different images than those struck down by the D.C. Circuit in 2012, according to the associations filing the latest lawsuit.

The FDA stated in March 2013 that it planned to issue a new rule requiring graphic warnings, but has yet to act. Several of the groups that filed the Oct. 4 lawsuit have repeatedly urged the FDA to do so in writing.

The Administrative Procedure Act, which governs federal agencies like the FDA, gives federal courts the power to "compel agency action unlawfully withheld or unreasonably delayed." The lawsuit filed this week alleged that the FDA's failure to issue a new rule requiring graphic warnings is "agency action unlawfully withheld" and seeks a court order requiring the FDA to proceed with a rulemaking proposing a new set of graphic warnings.

"The FDA has been in violation [of the 2009 law] for more than four years. During that time, over three million Americans, the vast majority of them minors, have begun to smoke on a regular basis. Half of them will die prematurely as a result of tobacco-related disease," the lawsuit stated. 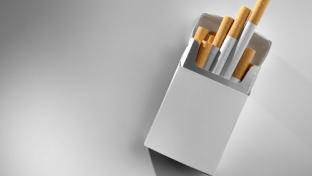 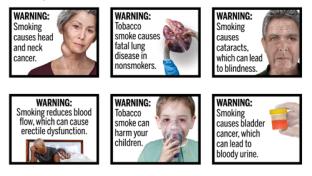 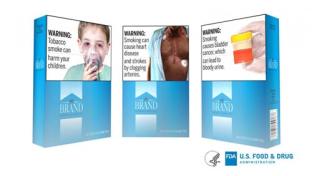