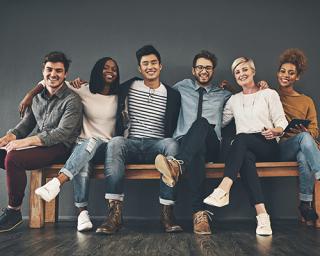 The 2020 Census reported the presence of 121.6 million multicultural persons in the United States — including Latinos, Blacks and Asians — signaling the growing presence of a segment of the population that has contributed significantly to the quality of life in the U.S. while also challenging its tolerance for increasing demographic, linguistic and cultural diversity.

Their positive contributions are well documented in terms of increased consumer spending, business formation, contributions to the Social Security system, intellectual property, and defense of our nation during times of war and conflict.

By contrast, challenges to the collective intolerance of our nation for this increasing diversity is clearly observable in terms of elevated hate crimes; continuing segregation in terms of housing, education and social networks; continued redlining practices in the banking and food industries; and violence targeted toward ethnic and religious groups.

For example, past research confirms the disturbing consequences on human behavior when objective knowledge and beliefs about race-ethnic groups are replaced by negative stereotypes and misperceptions:

Indeed, it is not difficult to understand how negative stereotypes and incorrect beliefs can encourage the mistreatment and violence toward U.S. Latinos, Blacks and Asians.

A team of multicultural experts, organized by Rincon & Associates LLC, believes their newly developed Multicultural Insights Test (MIT) offers some promise to address the dilemma of a workforce with limited knowledge about multicultural persons. The MIT is a diagnostic tool that measures a person’s current knowledge and beliefs regarding U.S. Latinos, Blacks and Asians and estimates their readiness to perform certain jobs or tasks with these growing population segments — thus, facilitating a more successful experience in education, employment and research studies.

The MIT probes for information in six core areas that represent a sampling of essential knowledge for persons who are currently, or planning to be, involved in multicultural-focused jobs, campaigns or activities. These six core areas are: Demographic Concepts & Trends; Language Behavior; History; Lifestyle; Beliefs/Perceptions; and Decision Making.

During the current test development phase of the MIT, which ends on April 15, 2022, Rincón & Associates is offering at no cost an individual Test Score Profile generated by the Multicultural Insights Test. To complete the quiz, click here.

The Test Score Profile, a confidential report that test-takers receive via email upon completion of the MIT, is likely to benefit several potential users who perceive a need to upgrade their understanding and insights regarding the U.S. multicultural population, including employers, students, faculty members, public agencies, and research professionals. In addition, the information collected will allow the research team to improve the content and design of the MIT.

Edward T. Rincón, Ph.D., is a research psychologist with a 45-year track record of conducting research studies for U.S. private, public and academic institutions. He currently teaches Multicultural Research Methods at the University of Texas at Arlington School of Business. A frequent speaker and writer on multicultural issues related to research and quality of life, Rincón recently published a book, "The Culture of Research," which reviews the various sources of bias associated with studies of multicultural populations in the U.S. He can be reached at [email protected]