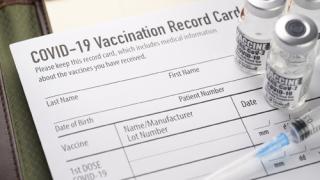 NATIONAL REPORT — President Joe Biden is facing opposition from the other side of the aisle over this recent vaccine mandate for private businesses with 100 or more employees.

In his announcement, the president said workers would be required to get the COVID-19 vaccine or get tested weekly. The Occupational Safety and Health Administration (OSHA), which is part of the U.S. Department of Labor, is expected to issue the rule on the mandate soon.

However, in a Sept. 16 letter, 24 Republican state attorneys general voiced opposition to the requirement and threatened legal action against the mandate.

"President Biden's vow to impose an unlawful and unprecedented vaccination mandate on nearly 100 million Americans is an authoritarian power grab that the State of Alabama will not allow to go unchecked," said Alabama State Attorney General Marshall. "The president has no legal grounds to use the Department of Labor to order businesses to broadly force employees to submit to his get-vaxxed-or-get-fired dictate. As I have said, when his administration issues its rule, we file our lawsuit."

Marshall joined the coalition of 24 attorneys general in issuing the warning.

The coalition argued that President Biden's vaccine mandate misuses its authority in attempting to impose a nationwide health decree through an emergency labor order that has traditionally been directed to address workplace safety.

Calling the move "disastrous and counterproductive," the state attorneys general said the mandate will force people out of jobs at a time when the labor market is challenged.