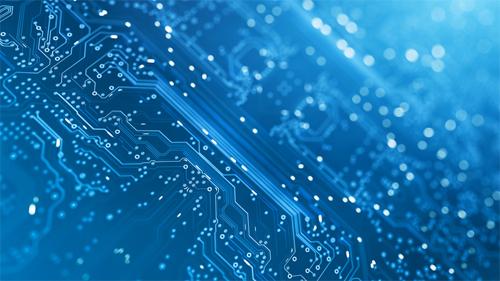 NATIONAL REPORT — If the COVID-19 pandemic has proven anything, it is that things are always going great until the moment they aren't. At any time, but especially at a time like this, unplanned system downtime can be devastating for convenience store and gas station retailers, with ramifications that can extend far beyond these moments in time.

In a recent webcast entitled "The True Inconvenience of Downtime in C-Stores: How to Avoid Reboots, Shutdowns and More," hosted by Convenience Store News and sponsored by NCR and Zynstra, panelists delved into the consequences of downtime, including:

Smith kicked off the webinar by sharing some key findings from Zynstra's latest C-store Technology Insight Report, which collected insights from information technology (IT) and store operations managers from large c-store and fuel retailers.

Conducted by Censuswide on behalf of Zynstra, the survey found that 98 percent of respondents have had to deal with store system failure, demonstrating how prevalent this issue is across the industry. Notably, 85 percent of respondents agree that ensuring continuous operation of store technology systems increases revenue from missed transactional opportunities due to downtime.

Here's a glimpse of what was discussed:

CSNews: How does technology in the store have to evolve in order to make retailers more resilient and offer a better customer experience?

Bown: Store technology has to catch up and continue to evolve to match all the other aspects and expectations of a consumer's purchase experiences. It has to be easy to use, engaging, rapidly evolving, integrate with the omnichannel world, and continue to be 100 percent reliable. That's a big ask across large site networks and so, making the right architecture, technology and partnership choices are more important than ever before. We also have to orchestrate the multiple service partners and technologies, as well as monitor and react in real time to achieve high levels of reliability.

CSNews: How is NCR adapting to this technology evolution with Software Defined Store?

Smith: Store system downtime is clearly an issue. You have to remember that the majority of convenience fuel retailers are running legacy store systems that haven’t been replaced in more than a decade. Software Defined Store is part of NCR's next-generation retail store architecture. Ripping and replacing their existing technology stack is not a viable option, so our approach is to optimize the technology they already have in the store. By virtualizing all these applications, we simplify the monitoring, management and maintenance of the store systems, giving the business more control and reducing the risk of unplanned downtime in the store.

CSNews: What are the key challenges your clients are finding in the market?

Olives: The first related area is speed of adoption to technology innovation. With today's connection points, the industry is at a point in time where it can get the agility it needs to bring forth these technologies. I see the pace of change only accelerating over time and will be driven by the consumer. The other area is that the industry needs to sharpen its gain of business intelligence by taking a 360-degree view of business and the consumer, and levering data to drive efficiencies, productivity and quality.

Click here for an on-demand replay of "The True Inconvenience of Downtime in C-stores: How to Avoid Reboots, Shutdowns and More."