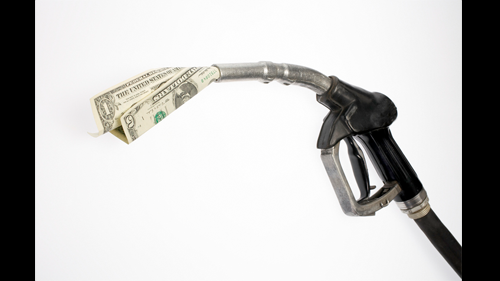 WASHINGTON D.C. — Convenience store operators could see the price of regular fuel topping $4 per gallon in many states if the omicron COVID-19 variant doesn't result in another round of widespread lockdowns, Tom Kloza, global head of energy analysis for Oil Price Information Service (OPIS), wrote in an opinion piece posted on CNN's website.

If gas prices continue to rise, Kloza expects consumers to change their spending habits. "We could see consumers scaling back even further on gas purchases if crude prices hit $100 a barrel or more, which is completely plausible. Even if they hit $85 to $90 a barrel, it's likely we'll see $4 per gallon-plus prices this spring," he wrote.

Discussing why gas prices have risen significantly during the past year, reaching their highest prices in seven years, Kloza noted crude oil prices that provide much of the raw cost for gasoline trended higher for virtually all of 2021. In October, Brent Crude, the global benchmark for oil, hit a high of $85.76 per barrel and the U.S. benchmark West Texas Intermediate (WTI) reached $85.64 per barrel.

"One of the real drivers behind surging crude — and subsequently gas prices — was that OPEC and other countries, most notably Russia, only gradually increased oil production," he said. "These countries kept millions of barrels off markets with well-crafted quotas. Meanwhile, in the United States, bankers have kept their investments in oil exploration companies on a tight leash, not wanting to create a third boom-and-bust cycle. As a result, less capital for U.S. crude has kept production well below record levels."

"Each spring, the U.S. gasoline industry must flush out winter gasoline and replace it on the fly with summer blends," he stated. "That's because some of the cheaper ingredients that can be used in colder weather wreak environmental havoc in warm weather months. This 'rinse-and-replace' cycle takes place against the backdrop of refinery maintenance and daily consumption of more than 300 million gallons. The U.S. distribution system has to see its volatile winter gasoline sold in March through May and replace it with the less volatile and more expensive summer gas."

New blends will be combined with refineries across the U.S., Canada and the Caribbean that have been scaling down capacity, being repurposed or closing completely.

"Some unprofitable Gulf Coast plants were shut down last year after Hurricane Ida. Other refineries are being converted to manufacture biofuels from vegetable and animal oils. And others have closed down in California, Wyoming and Newfoundland to make way for new state-of-the-art plants coming onstream in the Middle East, Southeast Asia and Nigeria," relayed Kloza.