LAKE JACKSON, Texas — Buc-ee's has filed a lawsuit against a Nebraska convenience store chain with an eye on setting up in the Houston market.

According to the San Antonio Express-News, the Texas convenience retailer filed the suit in federal court in Houston to stop Omaha-based Buck's from building at least six c-stores within the next year in Texas, including in Houston and Nassau Bay.

Buck's stores carry the Bucky's banner in other states, according to the report, and Buc-ee's alleges that the Nebraska retailer is trying to confuse consumers with a similar name. In the lawsuit, Buc-ee's seeks an injunction to stop the competing c-store chain from moving ahead with its plans.

The news outlet could not reach Buck's for comment.

Buck's operates nearly 50 convenience stores under the Bucky's brand in the Chicago area, 32 in Omaha and three in St. Louis, according to the company's website.

Buc-ee's accuses its rival of trademark infringement and unfair competition.

"We must take action to ensure that our brand integrity remains intact and that our customers' interaction with Buc-ee's is what they have come to know and expect," Beaver Aplin, Buc-ee's CEO and co-founder, said in a prepared statement.

It's not the first time Buc-ee's has gone to court to protect its trademark. In 2014, the retailer filed a lawsuit in the Houston Division of the Southern District of Texas against B&B Grocery Inc. and Anica B. Jordan, both individually and as a member of Austin Logo Designs LLC, over its registered beaver logo. A judge ultimately dismissed the case, as CSNews Online previously reported.

Lake Jackson-based Buc-ee's has more than 30 locations in Texas, 11 of which are travel centers. In addition to its Texas-centric merchandise mix, the retailer is well-known for its large, clean bathrooms. 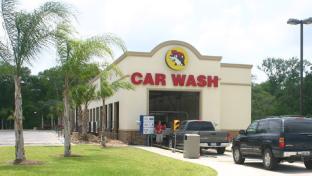 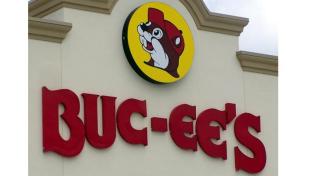 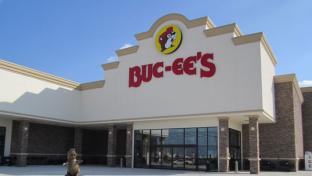