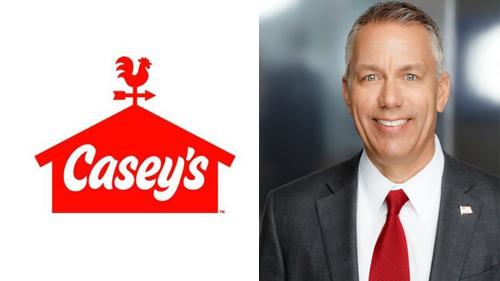 ANKENY, Iowa — Casey's General Stores Inc.'s agreement to acquire Buchanan Energy is not only a major growth play for the Ankeny-based retail chain, but also a path for it to consider additional merger and acquisition (M&A) deals.

"To say that this is a meaningful opportunity for Casey's is an understatement. This is the most significant, single strategic transaction in our 52-year history," President and CEO Darren Rebelez said during a company call held Nov. 9.

According to the chief executive, this acquisition will expand Casey's presence in key Midwest markets, deliver near-term accretive earnings growth, and create value for its shareholders, team members and customers.

"Based on discussions with Steve Buchanan and his team, I'm confident it is an equally important time for Buchanan Energy and its Bucky's Convenience Stores," Rebelez said. "We're pleased to reach this agreement and are excited about Casey's future."

As Convenience Store News previously reported, Casey's has inked a deal to acquire Buchanan Energy, owner of Bucky's Convenience Stores, in an all-cash transaction of $580 million. The purchase price includes tax benefits valued at $80 million for a net after-tax purchase price of $500 million. The transaction is expected to be completed by the end of 2020.

This acquisition falls in line with Casey's three-year strategic plan that it laid out in January. That playbook calls for the retailer to reinvent the guest experience, create capacity through efficiencies, accelerate unit growth, and invest in its talent.

"This is an ideal and complementary fit for both organizations," Rebelez explained.

Omaha, Neb.-based Buchanan Energy and its Bucky's Convenience Stores were founded as a family-owned and -operated business in 1980. The network includes 94 c-stores and 79 dealer locations across the Midwest.

"It is a great strategic fit as we continue to grow in the Midwest in areas where we know the Casey's brand performs extremely well," said Rebelez.

When completed, the transaction will increase Casey's store count to more than 2,300 locations, with a "meaningful" expanded presence in Nebraska and Illinois.

"This new capability provides the company with future flexibility with respect to mergers and acquisitions, as well as a new income stream while further leveraging our existing scale for fuel procurement," the chief executive explained.

Drawing "a straight line" from the Buchanan deal to Casey's strategy, Rebelez noted that the company's plan is to add 345 stores to its network over the next three years.

"That growth is now underway," he said. "We said our approach to owning Midwest locations was important to us, benefiting from our core strengths including convenience, a differentiated guest experience, a passionate sense of community, and a values-driven approach to serving the local market. We have now amplified our Midwest presence."

Casey's was hoping to find a wholesale fuel opportunity in a potential transaction, Rebelez shared. That component, he pointed out, will unlock additional M&A opportunities that Casey's would have previously passed up.

With previous potential deals, Casey's would find a mix of assets — some that the company found attractive either because of size or location, and some that did not fit into the company's business model. Now, however, a wholesale dealer capability that builds on relationships with owner-operators of independent c-stores clears a new path for Casey's.

"Having this wholesale capability allows us to take those assets that maybe don't quite fit, sell them to an independent owner-operator, and then secure that fuel supply agreement over a longer period of time, which allows us to gain an additional revenue stream with these assets we would have to divest," he said. "That helps us with the economics on any transaction we look at moving forward because we have a more accretive way of disposing of those assets."

Without having that path previously, Casey's Chief Financial Officer Steve Bramlage pointed out that the retailer has historically looked for "a complete population of an acquired asset set" to fit its business model.

"I think there were acquisitions we probably passed on because not every single asset necessarily was fit for purpose with the way we tend to run stores. We believe this will widen the population of potential partners for us," he said.