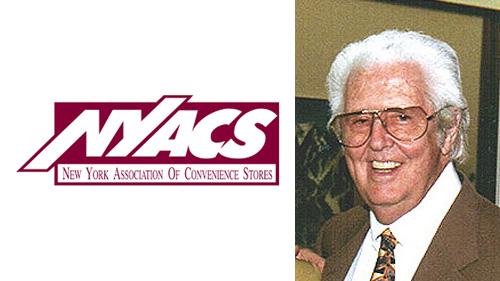 Seng, who served as president of New York's Busy Bee Food Stores from 1967 to 1990, was co-founder of the New York Association of Convenience Stores (NYACS) and served as its first board chairman. The NYACS scholarship foundation is named for his first wife, the late Emmy Seng.

The industry veteran began his connection to the channel as marketing development manager for Shell Oil from 1948 to 1967, specializing in acquisitions. After Shell, he began working at at Reinhardt Oil Co., a petroleum distributor in Oneonta, N.Y., with his friend Ned Dewey.

The two went on to form a partnership, with Seng overseeing the c-store side of the business and Dewey overseeing the wholesale fuel business. At its peak, Busy Bee had 30 locations. United Refining acquired the chain in 1990, according to NYACS.

Seng was a member of the NYACS Hall of Fame and a former NACS board member. In 1989, as president of Busy Bee, he became the third retailer inducted into the Convenience Store News Industry Hall of Fame — the first small-chain executive.

Born in St. Louis, Seng earned a PhD in business from the University of Tennessee. In addition to his career in the convenience and gas industry, he volunteered with Service Corps of Retired Executives (SCORE) mentoring entrepreneurs, and published a book on how to start a business, "How To Buy a Small Business and Let The Government Help Finance It."