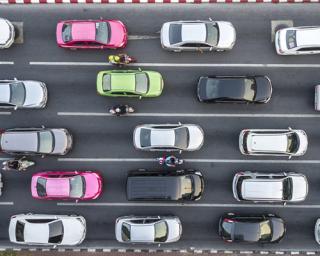 SACRAMENTO, Calif. — California's statewide ban on the sale of new gasoline-powered passenger cars and trucks in 2035 is one step closer to reality.

The rule establishes a year-by-year roadmap so that by 2035, 100 percent of new cars and light trucks sold in California will be zero-emission vehicles (ZEV), including plug-in hybrid electric vehicles (PHEV).

The regulation realizes and codifies the light-duty vehicle goals set out in Gov. Gavin Newsom's executive order established in 2020.

"Once again California is leading the nation and the world with a regulation that sets ambitious but achievable targets for ZEV sales. Rapidly accelerating the number of ZEVs on our roads and highways will deliver substantial emission and pollution reductions to all Californians, especially for those who live near roadways and suffer from persistent air pollution," said CARB Chair Liane Randolph.

"The regulation includes groundbreaking strategies to bring ZEVs to more communities and is supported by the governor's ZEV budget which provides incentives to make ZEVs available to the widest number of economic groups in California, including low- and moderate-income consumers," she added.

The regulation applies to automakers, not dealers, and covers only new vehicle sales. It does not impact existing vehicles on the road today, which will still be legal to own and drive, CARB outlined.

The new rule accelerates requirements that automakers deliver an increasing number of zero-emission light-duty vehicles each year beginning in model year 2026. Sales of new ZEVs and PHEVs will start with 35 percent that year, build to 68 percent in 2030, and reach 100 percent in 2035.

According to CARB, by 2037, the regulation delivers a 25 percent reduction in smog-causing pollution from light-duty vehicles to meet federal air quality standards.

Additionally, the standard delivers multiple benefits that grow year by year, including:

Sacramento-based CARB's mission is to promote and protect public health, welfare and ecological resources through effective reduction of air pollutants while recognizing and considering effects on the economy. CARB is the lead agency for climate change programs and oversees all air pollution control efforts in California to attain and maintain health-based air quality standards.