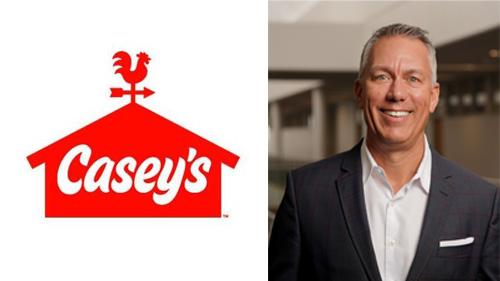 ANKENY, Iowa — Despite the challenges COVID-19 presented to the convenience channel, Casey's General Stores Inc. saw its strongest results in the company's history during its 2021 fiscal year.

Casey's closed out the 12-month period with an all-time high adjusted EBITDA of $729 million, according to President and CEO Darren Rebelez.

"This is a tremendous accomplishment considering the extreme environment companies navigated through since the start of the pandemic last March," he said during the retailer's fourth-quarter fiscal year 2021 earnings call, held June 9.

Rebelez pointed to the fuel category as a key driver, as Casey's centralized fuel team helped drive a gross profit increase of nearly 24 percent, while offsetting COVID-driven pressures on gallons sold. Casey's finished the year down 8.1 percent in same-store gallons sold, but with an all-time high annual fuel margin of $34.09 per gallon.

Inside the store, same-store inside sales were up 4 percent for FY2021, led by a 6.6 percent same-store increase for grocery and other merchandise. Inside margin decreased slightly from the prior year, to 40 percent, influenced primarily by a mix shift to higher pack sizes and lower prepared food sales, the CEO noted.

"Our merchandise team had to be just as agile as they were forced to react to constantly changing guest needs," he explained. "Grab-and-go and single-serve items were replaced with the larger pack sizes, grocery and PPE needs, as well as higher demand for beer and alcohol as people began to consume more at home vs. restaurants and bars."

Fifteen months past the onset of the COVID-19 pandemic in the United States, Casey's is now starting to see its foodservice business bounce back.

"Fortunately, we’re now seeing recovery in our prepared food and fountain business as the world moves toward normal traffic patterns. This traffic is rising and we’re seeing a resurgence in pizza slices, dispensed beverages and bakery as our guests return in normal daily routines," Rebelez said. "That our prepared food business is such a large part of our mix will create a tailwind after the pandemic that not many of our peers will enjoy."

Q4 by the Numbers

Calling Casey's fourth quarter of FY2021 "a tale of two quarters," Chief Financial Officer Steve Bramlage said sales in the first half of the quarter were impacted by February's cold weather, and same-store comparisons were challenging given the company’s strong performers last year right before COVID-19 hit the U.S.

"As anticipated, our same-store sales comps then came roaring back once we began lapping the shutdowns from the pandemic," he explained.

In the three-month period, total revenue was $2.4 billion, an increase of $565 million or 31 percent from the prior year. Key factors in that 31-percent increase were a $445-million increase in retail sales of fuel, driven by a rise in the number gallons sold and the higher retail price of fuel; and a $115-million increase in inside sales, according to Bramlage.

Same-store fuel gallons sold in the quarter were up 6.4 percent compared to the same period a year ago, while total gallons sold were up 10 percent to 535 million gallons.

"Our centralized fuel team continues to successfully balance volumes and margin as we aim to grow gross profit dollars," the CFO said.

Moving inside, same-store inside sales were up 12.8 percent for the quarter as guest traffic counts improved compared to the start of the pandemic, according to Bramlage. Total inside sales increased 14.4 percent to $913 million.

"Leading the increase in the quarter was prepared food and fountain, with fourth quarter same-store sales up 13.4 percent," he said. "Grab-and-go items such as pizza slices, dispensed beverages and bakery rebounded in the fourth quarter as commutes began to return to more normal patterns relative to this time a year ago."

Total prepared food and fountain sales were up 14.7 percent to $264 million, with an average margin of 60.1 percent.

"The decline in both earnings and adjusted EBITDA in the quarter was largely due to the outside fuel margin a year ago that was brought on by a significant reduction in the wholesale price of fuel due to both excess supply and the demand shock from COVID 19," Bramlage explained.