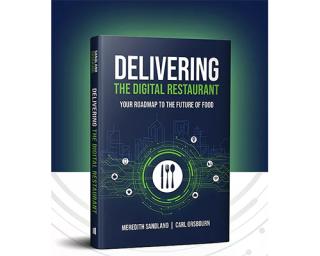 Ask almost any American — married with children, empty nester, or twenty-something — if they feel stretched, and they would agree: there isn’t enough time in a day. Part of the squeeze is real: more Americans are working more hours, children are more "programmed," and lots of us have side hustles — even our kids. Another part of the squeeze is perceived, but no less palpable. We live in an "always on" technology-enabled world, and it is hard to protect any time as our own. The phone is constantly buzzing with a notification of some kind — call, text, email, message, an app requiring attention. Combine the real with the perceived, and you end up with a time-starved society.

No wonder convenience reigns supreme in many parts of the consumer economy: think smartphone check deposits, dry cleaning pickup services, or electronic signatures replacing notary visits. In food, too, convenience has become paramount. With the increase in demands on our time, something had to give, and that "something" is the time we used to spend shopping for food, preparing meals, eating together, and cleaning up.

Consumers have wanted the convenience of food delivery for a long time. Beginning in the 1980s, local services sprang up all over the country to satisfy this demand. These services would collect restaurants' paper menus, collate them into a book, and accept orders over the phone. Their drivers (all employees) would pick up the food and take it wherever it needed to go. The model was expensive, slow and cumbersome, so its users were mostly late-night office workers and the occasional catering order.

Now, the advent of digital delivery platforms has caused major chains to reinvest in their technology infrastructure — everything from POS (point-of-sale) systems to consumer-facing apps. Most large chains charge their franchisees a "technology fee," something that was unheard of in a Franchise Disclosure Document just five years ago. But it's more than just big chains who benefit from this technological evolution. The beauty of a digital platform is that it levels the playing field: it is equally available to a large chain and a local independent. The nature of the economic relationship — a percentage fee rather than a large upfront investment — makes the technology accessible to all.

An independent restaurant may even be able to compete more effectively on a platform. Where previously, national TV adverts and location were the two major drivers in consumer selection — and only the largest could afford prime ad spots and real estate — the platforms highlight order-to-delivery times, customer ratings, and highly localized ad spend.

"It used to be location, location, location, then good food," says Bain & Company's Aaron Cheris. "Now, it's good food, packaged well, arrives to you nicely. The basis of competition has changed. Platforms enable hitchhikers — brands that could be cute local gems but now have wider access and availability."

Once consumers have been shown what's possible, they shift their behavior rapidly. Delivery platforms accelerate adoption by spending a phenomenal portion of their venture capital cash on marketing and subsidizing the cost of the service.

In some of the nations, adoption of delivery can be as high as 70 percent of restaurant sales. Compare that to the U.S. rate, pre-pandemic running at just 10 percent of non-pizza and non-Chinese food sales. Thanks largely to its density, New York City has the most developed food delivery market in the nation at about 40 percent.

Judging by overseas figures, U.S. restaurateurs need not expect to hit a ceiling in demand for delivery any time soon. Instead, they should consider what it would take to grow digital delivery sales by four to seven times its 2019 rate of penetration. The potential of digital food delivery is truly global. Many of the most powerful food delivery services reach well beyond the borders of the nation in which they were born.

The U.S. market is slowly becoming dominated by two key players: DoorDash and Uber Eats, which occupy over 70 percent of the market. In China, it’s Meituan and Ele.me; in India, it’s Zomato and Swiggy; Just Eat and Deliveroo dominate the UK. All of these companies have pursued market share acquisition as a key strategy in their formative years, much to the chagrin of the restaurants they affected.

Little surprise, then, that the biggest U.S. platforms have chosen to focus on restaurant sign-ups and consumer downloads vs. differentiation, and are now turning to nonorganic means of winning that race. Consolidation is taken a level further in mature markets where additional verticals are supported by the same platforms and where payment and communication are tied together in a seamless user experience.

Consumers across the globe have demonstrated that they want food delivery to continue as a critical part of their lives. The businesses shaping that future have already made considerable strides to fulfilling that desire. Momentum peaked in 2020 with the pandemic pushing takeout and delivery to 100 percent of all food orders fulfilled. As we descend from that peak, where will the United States land — at 70 percent like the Middle East? Closer to 30 percent like the UK, western Europe, India and China? Or back at 10 percent for non-pizza, non-Chinese deliveries, just where we were before the COVID-19 pandemic?

We may not have a crystal ball, but from close analysis of the dynamics in the United States and elsewhere, we foresee digital food delivery following the s-curve of adoption. Here in the United States, we are in the early stages — growing fast but coming off a small base. We don’t see delivery adoption reaching 70 percent because this nation lacks the preconditions of cheap labor and urban density. There is no question in our minds, though, that we will reach 30 percent, and even 50 percent is not out of reach.

A market for digital food delivery that is three to five times the size it is now? For most restaurant and small business owners, that is a mind-blowing scenario. Think of it like this, though: if you equate the adoption of digital food delivery with the adoption of social media, in the U.S. we are far more like MySpace right now. The equivalent of Facebook (with all its dominance and associated concerns) may be just around the corner.

Nevertheless, the challenge remains. They can't compete with the millions of dollars invested in technology by third-party platforms and the major chains. Raising prices to compensate for third-party fees poses a much greater risk for independents because customers know that other competitive options are just a click away. So, for food sellers without the size and scale, what are the alternatives? If restaurateurs can have their own digital channel, their own technology to provide an enhanced user experience and to retain customers (and their respective data), together with an outsourced logistics solution, then perhaps there is hope.

Written by two all-star restaurant operators, Carl Orsbourn and Meredith Sandland, "Delivering the Digital Restaurant" explores the massive disruption facing American restaurants through first-hand accounts of food industry veterans and start-up entrepreneurs innovating the future of food. Combining sociological observations, rich industry data and insider knowledge, the book paints a picture of how food is evolving and how you as a leader, owner or operator can successfully innovate and meet the new consumer demands to capitalize on the opportunities ahead. Visit deliveringthedigitalrestaurant.com for more information.

A special 25 percent discount on the book is available at deliveringthedigitaldiscount.com. Use code CSN25.