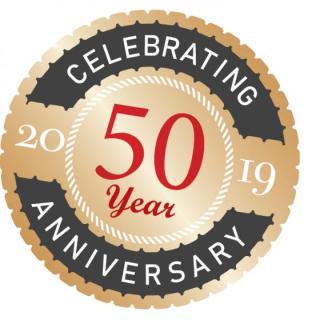 NATIONAL REPORT — Where would the convenience store industry be today without the thousands of innovative and, in some cases, iconic products that have been introduced into the market and sold by c-store retailers over the past 50 years?

As part of Convenience Store News’ 50th anniversary celebration, we look back at some of the most influential products that contributed to the success of the c-store industry — as well as some that missed their mark.

It’s been documented that the c-store industry began in the late 1920s when a Southland Corp. ice store in Texas began selling groceries. And, of course, many convenience store chains began as dairies selling milk, cheese and ice cream. However, of all the products introduced into the convenience channel over the past 50 years, few will disagree that gasoline has had the biggest lasting impact.

Industry luminaries like former Wawa President Dick Wood and the late Nice N Easy Grocery Shoppes founder John MacDougall, who were interviewed by CSNews for its 40th anniversary edition in 2009, credited the addition of gasoline to the c-store offering in the late 1960s as the most significant game changer in the past half-century.

Inside the store, one of the biggest new product success stories was actually announced in the very first issue of CSNews, publishedin April 1969. That issue featured the introduction of Stokley Van Camp Inc.’s Gatorade sports drink in the southern U.S. and Hawaii. The drink, in lemon-lime flavor only, was packaged in 32-ounce decanters and retailed for 39 cents.

Gatorade, with its well-known reputation as the post-workout drink of choice of the University of Florida Gators football team, was sold to PepsiCo Inc. in 2001 and still commands a large share of the sports drink category in c-stores. Today, the Gatorade portfolio is available in dozens of flavors and brand spinoffs, such as the no-calorie G-Zero series, the lower sugar G-2, as well as protein powders, shakes, bars and chews. It also spawned the powerful revenue-generating sports drink category in the cold vault, which now includes such brands as Propel, Powerade and BodyArmor.

1969 was a bonanza for new product introductions in the convenience store industry. Other successful new products that year, according to the archives of CSNews, were:

Just like in 1969, today’s c-store industry sees an array of new products introduced every year. But some withstand the test of time despite new introductions. Longtime c-store executive Jim Callahan, a 50-year veteran of the business, when interviewed for CSNews’ 40th anniversary issue, pointed to the fountain Coke and the Reese’s Peanut Butter Cup as enduring products. Jere Thompson, former president of The Southland Corp./7-Eleven, cited the Slurpee, Big Gulp, coffee, and bottled water.

Other important categories in the history of c-store merchandising have included:

Of course, not all products can be game changers. As reported in 1969 by CSNews, neither Simba, a Coca-Cola drink designed to appeal to customers who liked lemon-lime flavored soda, nor Skandi, a citrus-flavored soda from Pepsi, lasted very long on store shelves.

Another 1969 beverage miss was Pep-o-milk, a non-dairy imitation milk from a company called Farmer’s Daughter. Perhaps it was a product way ahead of its time when you consider all of the milk alternative products on the market today.

A few tobacco products also missed the mark in 1969. Philip Morris USA rolled out Parliament Orange Menthol cigarettes and the Lido cigarette, which was advertised as having “cool-tasting Brazilian menthol.” American Tobacco Co. had a new product, too: American Ovals. Why oval, you ask? “Because round cigarettes are square,” the company boasted.