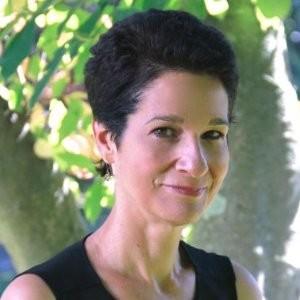 I believe I was hired by Convenience Store News in 1987 for two reasons: an article I wrote about store security for my college newspaper, and an answer I gave to then-Managing Editor Mark Schoifet when he asked how long it would take me to write a feature that quoted three retailers. My answer: “If they all picked up the phone the first time I called? A day to write it up and a day to polish it.”

I began as an associate editor and within a few years, in my mid-20s, I was executive editor of the No. 1 magazine in the convenience store industry, overseeing the content and look of a $12-million publication with a NACS convention issue of 296 pages. What were they thinking?

Here are a few of my favorite highlights:

A few weeks after I was hired, I attended my first regional c-store convention. The welcome dinner featured a speaker offering his insights on prepared foods in convenience stores. At the time, anything beyond roller grills and carbonated beverages was new territory, especially for the mostly small, independent c-store operators attending. Sitting at a table of middle-aged men, in a ballroom of nearly all middle-aged men, I was a bit self-conscious, but determined to appear as if I belonged and knew what I was doing and to go back to the office with a story about the latest trends.

I took out my slim reporter’s notebook and, head down, feverishly began taking notes. Five minutes in, the speaker mentioned “sushi under the heat lamps” and everyone in the room burst out laughing. I looked up from my notebook. The speaker was a comedian hired for the evening. Evidently everyone else knew this. The retailer sitting next to me laughed and said, “We wondered when you’d realize…”

We launched the Convenience Store Industry Hall of Fame not long after I became editor. John and Jere Thompson, founders of 7-Eleven, were our honorees in 1991. We held a ceremony and dinner during the NACS Show at an upscale restaurant, attended by Jere Thompson, then president and CEO of the chain, and his lovely wife, Peggy.

As a young working person living in New York City on a trade media journalist’s budget, I didn’t have an appropriate dress for the occasion. I hurriedly purchased one before leaving for the trip. I felt a bit nervous entering the restaurant, meeting one of the founders of an entire industry. But it was when I tried to sit down and suddenly realized I hadn’t tried to sit before in the no-stretch, below the knee-length satin dress that the night became very memorable. I spent most of the evening leaning on chairs and, finally, sitting across from Thompson and passing the rolls, praying I wouldn’t bust a seam.

Can I Quote You on That?

Whenever I needed a great, honest quote about a sensitive marketing issue, I’d call the late, great Cardy Terrell, who was working for Charter Marketing when we first met at a New England Association of Convenience Stores convention and later worked for Majik Market in Florida. He’d give me a quote, but trusted me not to use his name. I’d always refer to him as “the director of marketing for a large southern chain.” Every time, I’d joke that I would refer to him as “Cardy X” so that no one would know it was him.

I also often had the pleasure of interviewing the visionary F.L. “Steve” Stephens, co-founder of Town & Country Stores, based in San Angelo, Texas. More often than not, the conversation ended with a version of, “You know what I want to say Barb, just write it and make me sound good.”

Where Are the Women?

As Big Oil and independent gas station owners began converting their less profitable three-bay stations into convenience stores in the mid- to late-1980s, I was one of the few women attending SIGMA and PMAA conventions, and even some regional c-store conventions. More than once, when walking up to the registration table, staffed by women, I’d be asked, “Would you like to attend the spouse luncheon and fashion show?” Other times, it was lunch and a trip to the local mall.

From High Atop a Building in Phoenix

In the late 1980s, I interviewed Circle K Chairman and CEO Karl Eller in a conference room at Circle K headquarters about the future of chain, which had gone through a period of rapid expansion. I was struck less by what he said than how he said it. He held a quarter in his hand, speaking slowly, thoughtfully, tapping that quarter on the table. Tap. Tap. Tap. Not long after, he resigned from Circle K, a week before the company filed for Chapter 11 bankruptcy reorganization.

I wrote, edited, managed and freelanced for Convenience Store News for nearly 25 years and partnered with the staff in my previous role at Network of Executive Women. From the first day I stepped into the office across from Penn Station, I was enamored with the industry and loved getting to know the people behind the stories.

There were the family operators, led by fathers, daughters, sons and siblings. Some, like father-daughter team Carl Abell and Becky Shotwell of Stop N Go of Medina, Ohio, became integral members of their community. Others, like Steve and Louie Sheetz, helped grow their family business into multistate best-in-class operators.

There was also the eight-store operator in Mississippi whose employees made the industry’s best biscuits from scratch and had the ear of every large operator who wondered if prepared foods could succeed in their stores. And there were the large-chain executives who knew that a 1,000-store operation was only as great as the person behind the counter on the overnight shift.

I adored every minute of my time covering the c-store industry and think fondly of it every time I see a photo of David Letterman (while I was editor, he asked to be on our cover — long story!) or when my daughter puts a candy bar in the freezer (a c-store innovation!) or when I stop at a Wawa store, one of the first c-store operators to successfully offer produce, for a banana while on a road trip.

If you want to know if the impossible is possible in retail, ask a c-store operator to try it. He — or she — will likely make it happen, 24 hours a day.

Barbara Grondin Francella worked for Convenience Store News in various capacities, including Chief Editor, from 1987 to 2012.

Editor’s note: The opinions in this column are the author’s and do not necessarily reflect the views of Convenience Store News.