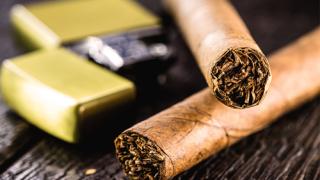 WASHINGTON, D.C. — The cigar industry is asking adult cigar consumers to let the Food and Drug Administration (FDA) know how they feel about a proposed flavor ban in the tobacco segment.

The Cigar Association of America (CAA) launched an internet portal so that adult cigar consumers can comment on the FDA's proposed tobacco product standard on characterizing flavors in cigars.

"It is unfortunate that in public policy debates, the average adult consumer is often given little say in the matter. We developed this portal to give adult consumers a voice on this important issue," said CAA president David Ozgo.

"The choice of which legal products adult consumers have a right to enjoy should be left entirely to adult consumers. Cigars come in a wide variety of styles, with differing flavor profiles. Adult consumers have different tastes and preferences and prefer to have a wide variety of choices of cigars," he added. "Price is important as well. As a result, for those adults that choose to enjoy a cigar, cigar manufacturers offer a cigar for every taste and occasion, and for every budget."

As a result, FDA's proposal to prohibit characterizing flavors in cigars will fall particularly hard on those who more frequently purchase popular priced cigars, CAA added.

"Flavored cigar youth usage rates are currently at historic lows, less than 1 percent in one recent government survey. Banning characterizing flavors in cigars, therefore, will do little beyond denying adult consumers the right to purchase a legal product," Ozgo said.

According to the agency, the proposed product standards are based on clear science and evidence establishing the addictiveness and harm of these products and build on the Family Smoking Prevention and Tobacco Control Act, which prohibited all characterizing flavors — other than tobacco and menthol — in cigarettes in 2009.

The agency began taking public comments on the proposed rules on May 4. It will also hold public listening sessions on June 13 and 15 for individuals, communities, and organizations to share their perspectives with the FDA.

The public has the opportunity to submit either electronic or written comments directly to the dockets on the proposed rules through July 5. Once all the comments have been reviewed and considered, the FDA will decide whether to issue final product standards.