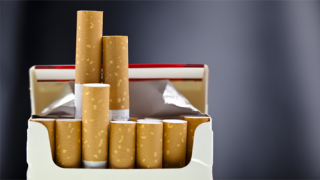 WASHINGTON, D.C. — Annual cigarette sales increased for the first time in two decades, leaping from 202.9 billion units in 2019 to 203.7 billion units in 2020, according to the Federal Trade Commission's (FTC) most recent Cigarette Report.

The FTC also found that smokeless tobacco sales rose in 2019 from 126 million pounds to 126.9 million pounds in 2020 in its latest 2020 Smokeless Tobacco Report. The revenue from those sales rose year over year from $4.53 billion to $4.82 billion.

Spending on advertising and promotion by the major manufacturers of smokeless tobacco products in the United States decreased from $576.1 million in 2019 to $567.3 million in 2020.

For the first time, the FTC reported sales of nicotine lozenges or nicotine pouches not containing tobacco. Last year, companies sold 140.7 million units of these products in the United States, for $420.5 million.