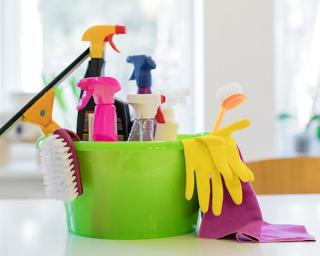 If you are not addressing the simple task of cleanliness in your store, don’t expect to see a sales increase — even when you add a new product or service.

Having worked in the convenience store industry for more than 18 years, I not only spend a lot of time visiting c-stores, but I also always seem to live near one as well.

When I first moved to Florida in 1999, I lived two doors away from a 7-Eleven store, which I thought was the greatest thing since the invention of the wheel because it had everything I could ever want — bread, soda, lunch meat, beer and doughnuts. Since then, I have moved several times, but with five 7-Elevens within a seven-mile stretch, I am never too far away from a convenience store.

Which leads me to how a store owner could increase his or her business by 25 percent in one year.

The 7-Eleven that is close to my home had been a company-operated store for as long as I can remember. Then, about a year and a half ago, the store was sold to Rick and Maureen Levy, a nice couple from St. Louis, as a franchise store.

The Levys’ store is about 2,000 square feet. It sells gasoline, but it doesn’t have much room to add a big, new food program or additional inventory. It is located in a tourist area, so there is a seasonality to the business due to tourists coming and going.

Since I spend a lot of time in convenience stores, I tend to be critical of how a store looks. Are the shelves being stocked? What is the product mix? Are the employees friendly and capable? Is the store clean?

I had no complaints with the company-owned 7-Eleven that I had been visiting on a regular basis for 10-plus years. The store looked good, had the appropriate point-of-sale advertisements on display, the employees were nice, and the store was well stocked. In other words, I had become “normalized” to my surroundings. Which translates into: You don’t know what you are missing until you get a taste of what you have been missing.

Not just me, but other customers also noticed the store was cleaner and I heard them telling that to the new owners. I couldn’t resist complimenting them on the cleanliness of their store, too.

They explained to me that they believe it’s important to give the products in their store a good presentation. To do that, the store needed to be clean. They also believed their sales would reflect their attitude toward cleanliness as well.

Well, guess what. They finished their first year of business with sales up 25 percent over the previous year, and they are six months into their second year and sales are continuing to increase.

Nothing changed locally in the market. Nothing that would bring in more customers or create more of a draw to their store. The customers who are local are still the same, and the store is basically the same except for the new owners focusing on and making cleanliness a priority.

I know this may sound too simple to some, but cleanliness sells. Would you buy anything or eat something from a store that had overflowing trash dispensers, dirty floors and messy shelves?

If you are not addressing the simple task of cleanliness in your store, don’t expect to see a sales increase — even when you add a new product or service. Sometimes, we all need to go back to the basics and rethink why customers are coming to our stores in the first place.

Terry Monroe is the president and founder of American Business Brokers & Advisors. He is also the author of "The Art of Buying and Selling a Convenience Store" and “Cashing In on the Hidden Wealth of Your Business.” He serves as an advisor, consultant, speaker, professional intermediary, and market maker for privately held companies, and assists in market valuations, Monroe has been involved in the sale of more than 500 businesses. He can be contacted at www.TerryMonroe.com.

Editor’s note: The opinions expressed in this column are the author’s. They do not necessarily reflect the views of Convenience Store News.