There has been a lot of news coverage recently about changing the point of obligation associated with the Renewable Fuel Standard (RFS). Some seek to shift the responsibility of adding biofuels into the fuel mix downstream to fuel marketers, rather than those who produce or import gasoline.

As operators of locally owned fueling stations, we wish to clarify that this change would harm fuel marketers, retailers and our customers. In fact, hundreds of single-store owners spearheaded the adoption of the first blender pumps, which allow individual stations to offer options like gasoline blended with 15 percent ethanol (E15) and E85. In the Twin Cities alone, there are 34 locally owned Minnoco gas stations selling E15 and other higher blends of ethanol, with more on the way. The number of Minnesota gas stations selling E15 gasoline doubled in 2016.

Chains like Kum & Go, Murphy USA and Sheetz have caught on, too. Today, retailers can blend their own ethanol or buy ethanol blends at a deep discount from distributors and pass the savings on to consumers. This business model makes single stores more competitive, while reducing costs for our customers. Not only is ethanol more affordable, but it also boosts the octane content of fuel, giving our consumers more appealing options for their vehicles.

Retail outlets owned or under contract with a few oil industry giants aren't always allowed to sell new blends like E15, which is becoming commonplace at more and more fueling sites. This corporate resistance to renewable energy actually benefits small retailers who can offer customers a cleaner, better-performing and more affordable option at the pump.

On the other hand, requiring fuel marketers to meet the Renewable Fuel Standard compliance would open hundreds of fuel retailers to potential new Environmental Protection Agency (EPA) compliance requirements. The change would threaten investments made under the current RFS and force the EPA to fundamentally restructure the fuels market, creating turmoil for retailers, producers, distributors, and consumers.

Further, as the end-user of the fuel, fuel retailers are not able to determine the composition of the fuel provided by refiners. As a result, changing the RFS would not only deprive retailers of valuable sales opportunities, but it could also impose dramatically higher costs on consumers or even result in the withdrawal of options from the marketplace.

That is why more than 35 organizations — including the National Association of Truckstop Operators (NATSO), NACS, the Association for Convenience & Fuel Retailing; and the Society of Independent Gasoline Marketers of America (SIGMA) — have all voiced opposition to changes in the RFS.

In exchange for yielding to demands from refining moguls like Carl Icahn, who would profit from a change in the point of obligation, RFS critics have reportedly even offered to endorse a long-sought waiver from the EPA's outdated Reid Vapor Pressure (RVP) limits, which complicate sales of E15 during the summer driving season. That's a commonsense change, with bipartisan support, but it would lose any value to retailers if the incentive to offer blends containing homegrown biofuels were to evaporate.

To be fully successful, retailers need certainty that the regulations governing biofuels won't be rewritten by those betting against progress.

Of course, there are other reasons to support ethanol. Corn-based ethanol is an earth-friendly biofuel that reduces carbon emissions by an average of 43 percent, according to the U.S. Department of Agriculture. And with advanced biofuels, like cellulosic ethanol, carbon savings can rise to 100 percent or more, according to experts at the Department of Energy's Argonne National Laboratory.

Ethanol production also supports nearly 400,000 U.S. jobs, including many in states like Minnesota, which is home to 20 ethanol plants and one biobutanol plant, with a combined ethanol production capacity of more than 1 billion gallons.

No one benefits when a few massive entities can monopolize our fueling options. Biofuels provide a clean, homegrown alternative that protects consumers — and by extension, fuel retailers — from spikes in oil prices. We shouldn't let a few special interests stand in the way.

Rewriting the RFS now to benefit the refining sector would create a logistical nightmare for fuel retailers, raise costs, and threaten the future deployment of clean, American energy. 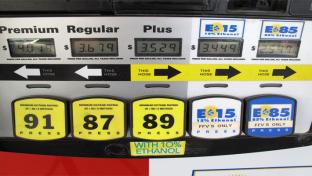 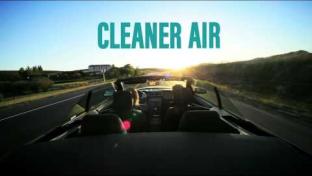 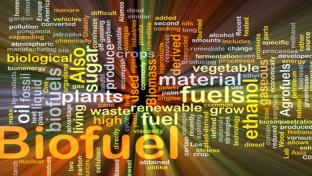