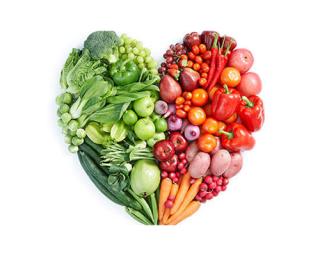 CHICAGO — While nearly all consumers care about ethical eating, those under 35 years old pay the closest attention to responsible practices behind menus, according to "Ethics on the Go," a new study conducted as part of Culinary Visions Panel's Mindful Dining Initiative project.

These consumers have a deep interest in how their meals are made, which indicates that food choices are about the mind as well as the body, according to the research and trend forecasting firm.

"Whether it's the environmental impact of making a food product or the company's labor practices, consumers are rewarding establishments that can successfully demonstrate and communicate their commitment to ethical eating," said Sharon Olson, executive director of Culinary Visions Panel. "While they may be leading the force for ethical dining trends, consumers under 35 years also want convenient food options, which provide convenience retail operators with an interesting opportunity for growth."

Key takeaways from the study include:

Treat mindful as a shortcut to the under 35 consumer market. Consumers in the 18-34 demographics value ethical eating choices much higher than any other demographic, the study found.

Consumers base operators' "trendy" factor on their ethical food options. Foodservice operators that draw attention to their ethical practices are more likely to be perceived as trendy. More than two-thirds of general consumers (67 percent) agree that a restaurant with responsibly produced foods is a trendy one, but 76 percent of consumers under 35 equate ethical efforts made by restaurants as trendy.

These distinctions add up on a macro level, directly impacting consumer behavior: compared to 56 percent of general consumers, 71 percent of those under 35 say they like going to trendy establishments, which they associate with ethical practices.

Searching for fast and ethical food options. Consumers under 35 see little conflict between their need for ethical food options and convenience foods that they can eat on the go. While three quarters of overall consumers say there are not enough ethically produced snacks available to them, just 35 percent of those under 35 said the same. Consumers under 35 also value convenience much more highly than demographics: 56 percent of those under 35 say that getting their food quickly is the most important factor in meal decisions vs. 44 percent of all consumers.

Consumers have omnivorous cravings. While 82 percent of consumers say they love meat, 88 percent say they would like to add more plants to their diets. Additionally, 67 percent care about ordering protein that is sustainably raised or caught.

The firm found that while ethical eating may seem a new concept for convenience foodservice, nearly all consumers are headed in that direction. Eighty-two percent of consumers stated they wish establishments would use more environmentally friendly business practices. And, consumers' ethical concerns are not limited to the food itself: 65 percent of all consumer say the environmental impact of take-out containers and to-go packaging concerns them.

From plant-based snacks to eco-friendly utensils, c-store operators need to consider ways they can incorporate mindful eating in their foodservice operations in order to remain competitive with other foodservice destination, according to Culinary Visions Panel.

Chicago-based Culinary Visions Panel is a division of Olson Communications.