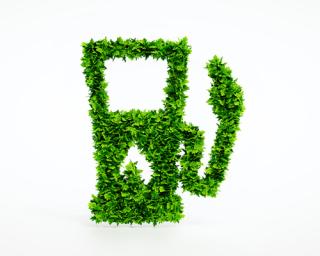 ATLANTA — Americans are not only seeking out environmentally friendly products but are willing to pay a premium, according to a new study from environmental technology company GreenPrint. Its first-ever Business of Sustainability Index found that almost two-thirds (64 percent) of Americans are willing to pay more for sustainable products, but nearly three-quarters (74 percent) don't know how to identify them.

Additionally, 78 percent are more likely to purchase a product that is clearly labeled as environmentally friendly.

The study also found that people hold a large degree of mistrust about companies' environmental claims. Fifty-three percent of Americans say they never or only sometimes believe it when companies say they are environmentally friendly, and 45 percent say they need a third-party validating source in order to trust a company statement.

"Businesses are in a bind. Broadcasting sustainability would capture an untapped consumer base but also sow distrust," said Pete Davis, co-founder and CEO of GreenPrint. "We'd suggest they follow the data. Third-party validation helps certify progress in the eyes of consumers, and the process of carbon offsetting — which is easy to measure and communicate — helps create tangible benchmarks. Both are good tools for building trust. It's about exploring your trustworthy methods of communication, then selecting one that aligns with your objectives."

Other key findings of the study include:

The Business of Sustainability Index and its future editions will track sentiment around sustainability in the economy, including how climate consciousness impacts consumer preference and perceptions of companies and their products as well as the overall effectiveness of the sustainability benchmarking ecosystem across various sectors and demographics.

"Companies must build trust and loyalty by clearly demonstrating that they share environmental goals with their customers," Davis said. "Defending and preserving our planet is not only the right thing to do, it's good business. Companies that are able to navigate the business of sustainability will be best positioned for future success."