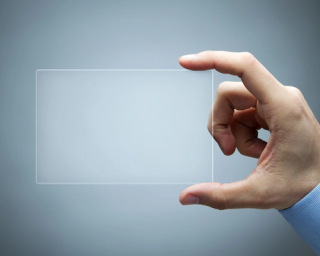 NATIONAL REPORT — All natural, organic, limited ingredients, as well as ingredients consumers can recognize, all fall under the clean label trend. And as consumer trust in food manufacturing and consumer packaged goods companies declines, the demand for transparency is on the rise.

“It has been evolving for quite some time as consumers have become more interested in what they are putting in their bodies,” said Shelley Balanko, Ph.D, senior vice president of The Hartman Group, based in New York and focused on the food and beverage industry. “Clean from the consumer perspective is something uncontaminated or transparent about how the food came to be, what is in it and who made it.”

Additionally, local has become much more important when communicating transparency, as consumers view local as fresh and sustainable and they like that local products don’t need to travel far or be manufactured in a country with different regulations than the United States.

In fact, between 2010 and 2017, the share of adults who make an extra effort to purchase locally grown foods increased to 45 percent, according to Simmons Reports by Simmons Research LLC. And according to Packaged Facts’ Organic and Clean Label Consumer report, just under half of adults surveyed said they prefer to eat without artificial ingredients, which is an all-time high.

“There are several drivers. One is the growing consumer concern about health issues linked to artificial ingredients, especially parents buying food for their kids,” said Steve Hartman, account director for the public relations agency Ingredient Communications, based in the United Kingdom.

Ingredient Communications’ research has found that as much as 71 percent of consumers (across Europe, North America and Asia-Pacific) will pay a higher retail price for foods and beverages made with ingredients they recognize and trust. What’s more, 18 percent said they would pay 75 percent more for such items.

“The research we conducted confirmed that clean label is now very much mainstream, with over half of consumers saying it’s important they recognize and trust the ingredients in a product they’re considering buying,” Hartman explained.

When stocking their shelves, he recommends c-store operators make product-mix decisions based on what works commercially, while also being aware of where the store is located and the demographics in that area. There are different levels of attentiveness to labels and ingredients based on education, income and more, so knowing who shops the store is important, he said.

Download our full report, "How to Take on Transparency," by clicking below.