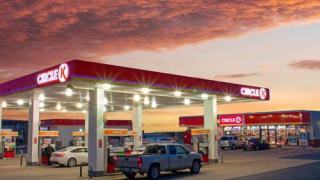 During the second quarter of its 2023 fiscal year, the company expanded its data-driven assortment optimization work with a rollout to all categories in North America, President and CEO Brian Hannasch reported during an earnings call on Nov. 23.

"The current focus is on expanding the distribution of products that are high-performing within the business unit, and across business in other markets," he said. "Additionally, we are leveraging external data to pick up on trends that are not currently visible within our network."

Couche-Tard is in the planning phase for assortment work in Europe and plans to test it in markets in the coming weeks.

In addition to assortment optimization, the retailer has now deployed more than 1,000 of its smart checkout technology units. Customer acceptance "has been great," Hannasch said.

In June, the company announced that it will deploy more than 10,000 Mashgin Touchless Checkout Systems, branded as "Smart Checkout," at more than 7,000 of its Circle K and Couche-Tard stores during the next three years. The artificial intelligence-powered system is expected to improve customer checkout times by as much as 400 percent, as Convenience Store News previously reported.

"We are seeing penetration of eligible transactions exceeding 50 percent in many of our stores, so we are looking to scale to 10,000 units across the network over the next three years," Hannasch explained.

Customers are also embracing innovation on the fuels side of the business as Couche-Tard has now registered more than 1 million pay-by-plate fuel transactions on its Circle K forecourts in Europe. The license plate recognition system is available in Sweden, Norway, Denmark and Estonia, and the company plans to expand it across the Baltics and in Poland as well.

Additionally, Couche-Tard piloted its new loyalty program in the United States, and a tiered concept in Europe. According to the chief executive, the company is "very pleased with the results," and is preparing to expand the program in the coming quarters in both Europe and North America.

Network growth also remains a key initiative. During the second quarter, the company opened 23 new industry sites — bringing it to 53 year to date — and has 73 sites under construction.

"While new store performance is exceeding expectations in both merchandise sales and fuel volumes, and remain the core part of our strategy, a combination of rising costs and supply chain constraints that we've experienced will likely continue to slow our near-term ambitions, but we expect these issues to mitigate in the coming quarters," Hannasch said.

Laval-based Alimentation Couche-Tard operates in 24 countries and territories with more than 14,300 stores, of which approximately 10,900 offer road transportation fuel. With its well-known Couche-Tard and Circle K banners, it is one of the largest independent convenience store operators in the United States, and it is a leader in the convenience store industry and road transportation fuel retail in Canada, Scandinavia, the Baltics, as well as in Ireland.

It also has an important presence in Poland and the Hong Kong Special Administrative Region of the People's Republic of China. Approximately 122,000 people are employed throughout its network.