LAVAL, Quebec — Alimentation Couche-Tard Inc. is making strides in its goal to become a top food destination globally, adding to its foodservice toolbox with every acquisition.

One key area has been building up its dispensed beverages offer, especially coffee and fountain.

"In the first quarter of 2018, we continue to push to make Simply Great Coffee known to our customers throughout the network. This category is now available in over 2,800 stores globally and continues to have noted success in Europe," Brian Hannasch, president and CEO, said during the company's first-quarter fiscal year 2018 earnings call on Sept. 6.

"I'm confident we will be a leader in the stiffly competitive coffee market in the years to come," Hannasch added.

On the cold dispensed side, Couche-Tard has " moved quickly to roll out our core Circle K Polar Pop program" into the acquired CST Brands Inc. stores and, after just two months, more than 1,000 Corner Stores carry the Polar Pop brand, he explained.

"We will continue to invest in other cold beverages and bakery products, and explore expanded prepared food items in several major markets," Hannasch said.

In its Quebec market, Couche-Tard recently pilot a new bakery program that is prepared onsite. Results have been very positive, and the company has begun to introduce it to the CST legacy stores in Canada.

Along with enhancing the foodservice offerings at its existing locations, Couche-Tard sees an opportunity with its pending acquisition of Holiday Stationstores.

This summer, Couche-Tard entered into an agreement to acquire Holiday, based in the Upper Midwest, with 522 locations: 374 operated by Holiday and 148 operated by franchisees. The company also has a car wash business at 221 locations and a "very impressive food commissary operation" and fuel terminal located in the Minneapolis metropolitan area, Hannasch said.

Holiday's shareholders approved the deal on July 31 and both companies are now working with the Federal Trade Commission on the transaction. Couche-Tard anticipates closing in the third quarter.

"Using our proven integration model, we've begun collaboration with a strong management team at Holiday to capture the critical synergies between the two companies. Over the months ahead, we will focus on evaluating the business and planning the integration process, which will start upon closing the transaction," Hannasch explained.

Looking at CST's fresh food category, Hannasch said he would categorize CST as being on the same path as Couche-Tard on a number of fronts:

In Europe, Couche-Tard's activities are focused mainly on two areas, according to Hannasch.

"It’s extracting what we think are some best-in-class practices out of Ireland. Notably, we've taken a Mexican concept out of Ireland that we piloted and launched it in five sites in Norway. It's very early, but the results are encouraging," the CEO said.

As another reverse synergy, Ireland "does not do hot dogs," Hannasch pointed out. "We've launched a hot dog pilot in Ireland to see if we can introduce that product. So far, I will say there are some very, very strong sites and some sites where people are wondering 'what is this?'

About 18 months ago, Couche-Tard put together a dedicated team to focus on differentiating its hot and cold beverage and food offers. With that, the retailer "has hit the ground running this year with some very active pilots," according to Hannasch.

To name a few:

"Bakery is a big concept in the CST sites," Hannasch noted. "We are launching that in several pilots in the U.S., with a goal to have approximately 500 complete by the end of the year." 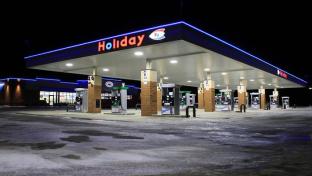 No Holiday for Couche-Tard on Foodservice Journey 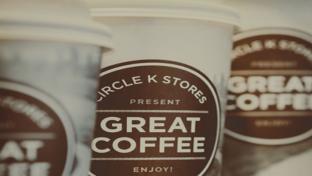 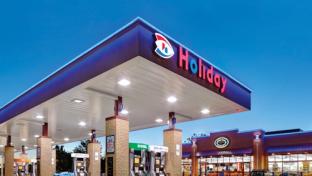