PARADISE VALLEY, Ariz. — Changes in automotive technology will have a profound impact on fuel retailing in the next five to 10 years. Specifically, the increased adoption of alternative fuels, digitization of the driving experience, and changing consumer behavior will usher in a transportation industry that is very different to what we have here in America today, according to Prasat Satyavolu, chief digital officer for Cognizant, an international leader in providing information technology, digital technology and consulting services.

Among Satyvolu's predictions to watch for are:

Because charging electric vehicles still takes too long for most drivers (an average of 30 minutes), Satyvolu believes a move toward hybrid vehicles is imminent.

"We're going to see a slow but steady adoption of alternative fuel vehicles," he said. "But there will be no one source of energy. It will be a blend of different types of fuel."

He also discussed how the "notion of car ownership is undergoing a major shift," noting that projections show an increased penetration of car-sharing services in the near future.

Hirschboeck documented Kwik Trip's experience selling up to nine different kinds of fuel at its 600 locations in Wisconsin, Minnesota and Iowa. Among the alternative fuels sold by Kwik Trip: compressed natural gas (CNG) at 34 sites, liquid natural gas (LNG) at one site, Unleaded 88 or E15 at 303 sites, E85 at 241 sites, diesel at 321 sites, biodiesel at 244 sites and diesel exhaust fluid (DEF) at 111 sites.

Kwik Trip's strategy for its big E15 rollout focused on consumers' perception of the alternative fuel. "We decided to keep it simple. Instead of headlines on all the differentiating benefits of the product, such as supporting American industry, cleaner air, renewable, etc., we focused on what the consumer understands: octane and price."

Kwik Trip called the fuel "Unleaded 88" (88 octane) and treated it as a standard fuel for standard vehicles. This strategy worked, as many customers saw Unleaded 88 as the best value for their money.

While E15 has been a success, Hirschboeck said Kwik Trip is more cautious about other alternative fuels. "E85 has been a struggle. We don't move a lot. Electric vehicles are highly popular, but with the current charging time, there doesn’t seem to be a market for them right now. And hydrogen has been on the market for the past two decades, but there's still no infrastructure to get it to customers," he said.

O'Brien of Growth Energy reported on the extraordinary growth of E15 — to 1,075 sites now selling the fuel, compared to between just 400 and 500 a year ago.

He agreed with Kwik Trip's marketing strategy, explaining that E15 is an industry term, not a consumer term. "Market it as just another fuel," he said, noting that retailers have had success calling it Unleaded Plus or Unleaded 88.

The key messages to convey are: "It's a good choice for my car. It's cleaner burning. It's a little better for the environment. And it's a better value," O’Brien advised.

The Alternative Fuels Summit was kicked off with a dinner honoring CSNews' 2017 Fuels Leader of the Year, Lance Klatt, executive director of the Minnesota Service Station & Convenience Store Association.

Klatt was recognized for his leadership of the association, including the development of Minnoco, a gasoline brand developed by the association for its independent retail members. By becoming Minnoco stations, members can control their own brand of fuels while offering alternative fuels such as E15 and biodiesel, and flex-fuels like E85 and E30.

Minnoco launched in 2013 as the first chain in its market to offer E15, and Minnoco became the fastest-growing brand in Minnesota in 2016. Today, E15 represents 38 percent of overall fuel sales at the 35 Minnoco stations that sell ethanol fuels (there are 37 Minnoco stations in total).

In addition to the featured speakers, the Alternative Fuels Summit included moderated discussions about the future of fuel and the challenges faced by fuel retailers in today's competitive environment. 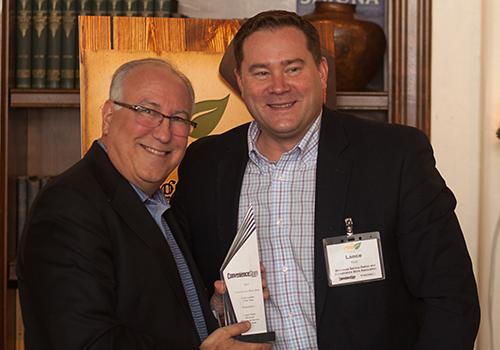 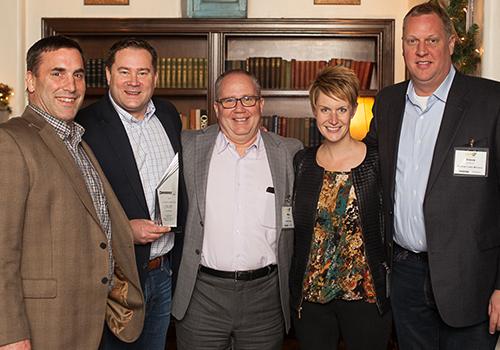 Klatt is congratulated by members of the Minnesota Service Station & Convenience Store Association and Growth Energy, the Summit's sponsor. 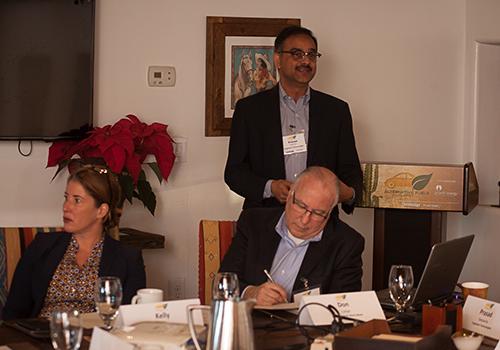 Keynote speaker Prasat Satyavolu of Cognizant spoke about how automobiles of the future will impact fuel sales. 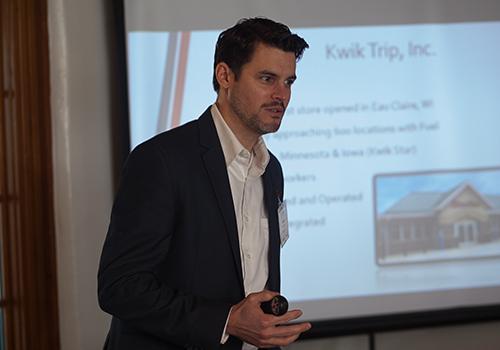 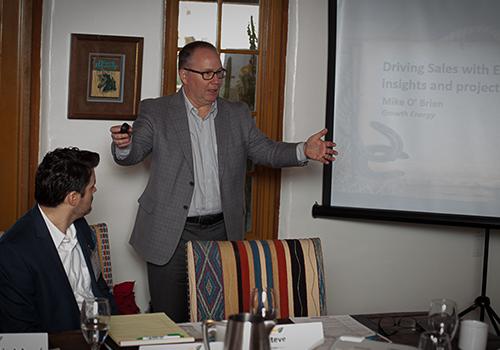