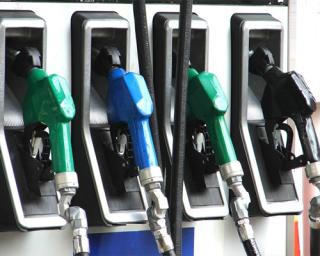 NATIONAL REPORT — Gas prices continue to rise, but the pace of weekly increases per gallon has slowed. However, AAA cautioned this may only be a brief respite.

The national average for a gallon of gas rose less than three cents over the past week to reach $4.62 on May 31, which is a slower pace than over several prior weeks. Crude oil has moved above $115 a barrel due to fears of further global supply constraints caused by a European Union ban on Russian oil exports.

However, despite some positive news, the national average for a gallon of gas has not fallen for a month. Gasoline prices have risen significantly since April 24 and have set many records since May 10. That was the day gas eclipsed the previous record high of $4.33, set earlier this year on March 11.

Domestic gas demand may again start to climb as drivers fuel up for the three-month-long summer travel season, which began this Memorial Day weekend, predicted AAA, which forecast nearly 35 million travelers hit the road for Memorial Day. This was the highest number since 2019, despite record prices at the gas pump.

"So far, the pent-up urge to travel caused by the pandemic outweighs high pump prices for many consumers," said Andrew Gross, AAA spokesperson. "But 67 percent of drivers recently surveyed told us they would change their driving habits if gas hit $4.50 a gallon. That number rises to 75 percent at $5 a gallon. If pump prices keep rising, will people alter their summer travel plans? That remains to be seen."

According to Energy Information Administration data, total domestic gasoline stocks decreased by 500,000 barrels to 219.7 million barrels last week. Gasoline demand also dipped from 9 million barrels per day to 8.8 million barrels per day, approximately 700,000 per day lower than a year ago. The softening of gas demand helped minimize price increases ahead of Memorial Day. However, gas demand may spike this week after drivers took to the roads for the holiday. But pump price increases could be limited if demand slows again following the holiday weekend.

At the close of the May 27 formal trading session, West Texas Intermediate increased by 98 cents to settle at $115.07. Crude prices rallied at the end of last week following news that the EU was seeking unanimous support of all 27 member countries to impose a ban on Russian oil later this year.