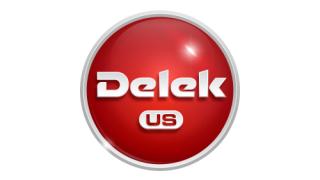 BRENTWOOD, Tenn. — Delek US Holdings Inc. is going directly to its shareholders as the company continues to face a proxy contest by CVR Energy Inc.

On April 12, Delek filed a letter to shareholders as well as a fact sheet with the U.S. Securities Exchange Commission. The company's efforts seek to clear up "recent misleading statements" by CVR Energy, a company controlled by investor Carl Icahn.

"CVR acquired a 15-percent stake in Delek last year, initially stating that it wanted to acquire Delek. Most recently, CVR launched a proxy contest to replace Delek directors with three longstanding friends and former colleagues of CVR CEO David Lamp. It is no surprise that CVR appears to be using Carl Icahn's decades old playbook of nominating friends and colleagues and making a range of misleading statements and half-truths to 'see what sticks' as it seeks to get its nominees elected," Delek said in a statement.

According to Delek, its board of directors and management team reviewed all of the actions proposed in the Icahn/CVR agenda with the assistance of outside advisors.

"The fact is Delek has been analyzing these actions long before Icahn/CVR arrived, consistent with Delek's track record of active portfolio transformation. Icahn/CVR's proposed actions clearly benefit CVR to the detriment of other Delek shareholders — from shutting down operations in regions where Delek competes with CVR to hastily divesting assets to fund the buyback of CVR's Delek shares," the company said. "We will continue to analyze a range of strategic actions — but consistent with our record of discipline, we will execute on them only if and when they will drive optimal value for Delek shareholders."

The statement comes days after CVR filed a lawsuit against  seeking documents it believes will detail CEO Ezra Uzi Yemin received an estimated $81 million in total compensation over the past eight years, some of which the suit said wasn't disclosed in proxy statements, as Bloomberg reported.

In addressing the litigation, Delek said its CEO's pay has been approved by more than 95 percent of Delek shareholders for the past three years, and the company has responded to CVR's multiple information requests and provided stockholder information demanded by CVR.

"However, CVR most recently brought a lawsuit that we believe is without merit," Delek said, adding:

"CVR's baseless lawsuit and misdirection regarding our SEC disclosures seek to focus attention on equity interests in the general partner of Delek Logistics (DKL) granted over eight years ago. These grants were fully disclosed, in detail, as executive compensation when issued, as required, and the payments to related parties, including [Yemin], were also disclosed in our SEC filings, as required, when they were paid (such payments did not constitute compensation under the SEC reporting requirements, and there is no basis for the Icahn/CVR suggestion that they did). These interests were intended to incentivize Delek CEO Uzi Yemin and other members of management to increase the value of the then newly formed entity, DKL," the company explained.

The logistics operations consist of Delek Logistics Partners. Delek US and its affiliates also own the general partner and an approximate 80 percent limited partner interest in Delek Logistics.