Step into an Amazon Go store in Seattle, and you’re entering the streamlined shopping experience of the future. Synced to the Amazon Go app, the store stocks grocery essentials, ready-to-eat meals and meal kits, and its connected shelves track the customer’s selected products in a virtual cart. When the customer is done shopping, she simply walks out of the store, triggering automatic payment through her Amazon account.

The digital transformation of retail isn’t a marketing stunt or test case—it’s quickly becoming the new normal. To stay competitive, retailers are radically rethinking how they use technology to pursue new business models and shape optimized, just-for-you shopping environments that delight consumers and differentiate their stores.

Beyond the shiny tech and cool gadgets, digital transformation is a philosophy of change in order to solve problems and fundamentally improve lives. It’s a universal concept, but one that hasn’t been fully defined in the universe of retail. How do we truly measure success, both in terms of meeting customers’ expectations and the goals of a profit-driven organization? And if the store of tomorrow is already here and open for business, what’s coming next—and will we be ready?

Aperion and EnsembleIQ have partnered to provide the industry with a common lexicon, best practices, and case studies shaping the digital retail experience. In this paper, we explore some of the most innovative applications in digital transformation from leading brands and solutions providers across the customer journey.

Click Here for the PDF: Digital Transformation:  How retailers are taking in-store  experiences to the next level.

Smart tools that communicate with shoppers

Far from being impersonal, digital technology can make it possible for retailers to provide personalized information and offers that multiply the shopper’s opportunities for meaningful interactions with both brands and stores. 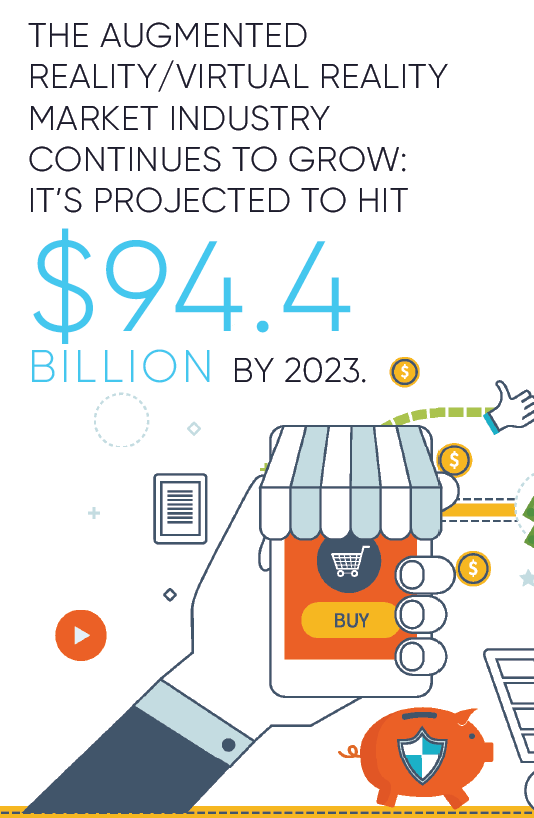 Coop Italia, the largest supermarket chain in Italy, started testing smart shelves in 2015 inside an 11,000-square-foot test location. There, a shopper could pick up a product and automatically trigger interactive screens carrying detailed information about that product. And in 2018, Kroger began rolling out Kroger Edge digital shelf signage that will eventually communicate directly with an app on the shopper’s phone—truly bringing the shelf to life.

With its purchase of Whole Foods, Amazon will surely have an influence on the Whole Foods 365 store-of-the-future concept, which is run almost entirely on digital price tags and digital promotional signage. The Whole Foods mobile app syncs shoppers with the store, enabling a digital loyalty program that provides customized offers. The app works with in-store kiosks, such as a wine display that helps shoppers find the right wines and a TeaBOT kiosk to help shoppers blend their own teas.

For items with a shorter shelf life, the company Wasteless has introduced technology used with a smart shelving display system to track and dynamically price food products based on their level of freshness. The digital labels on the shelf adjust prices in real time, changing them based on the product’s expiration date. Wasteless, like many inventory management systems, uses RFID sensing on packaging to manage the real-time look at inventory and products. It then communicates with shoppers while they are standing in front of the shelf.

The growing presence of online business models in the offline world—think Amazon bookshops and Go stores—promises to continue pushing the boundaries between virtual
shopping and brick-and-mortar stores:

The augmented reality/virtual reality market industry continues to grow: It’s projected to hit $94.4 billion by 2023 as it embeds further into smartphone penetration.1 And it’s no surprise why. With a few headsets, augmented reality (AR) and virtual reality (VR) can take shoppers virtually anywhere and give them new tools to use in making purchase decisions. IKEA, for example, has tested arming shoppers with equipment so they can play in a virtual kitchen—everything from opening drawers to interacting with product, including frying up food. The company most recently launched an AR app that enables consumers to overlay potential furniture purchases and more into their homes. That app is for smartphones, but IKEA tested a room for the app in a Dallas store that uses an HTC Vive headset.

And many retailers are already using AR and VR technology in their stores. Lowe’s Innovation Labs team led the way with the Holoroom concept, outfitting shoppers with Oculus Rift headsets so they could design and renovate a virtual room, including seeing how appliances or paint colors would look in their actual homes. Lowe’s also tested an in-store Holoroom How To room where shoppers used headgear and handheld controllers to go through the motions of a home improvement project. In addition, the Innovation Labs group has piloted an indoor mapping mobile app in two stores called Lowe’s Vision: In-Store Navigation. It provided turn-by-turn directions to find products in the large stores and augmented an image of the product coming off the shelf, along with detailed info.

On a smaller level, brands are leveraging AR through apps like Snapchat, creating location-based, exclusive lenses that users access when they’re inside a specific store. The late Toys “R” Us developed AR overlays of its Geoffrey the Giraffe to welcome shoppers, and Disney and Six Flags have rolled out lenses for park visitors.

Food retailers are also taking advantage of AR/VR brand campaigns. Walmart worked with NBCUniversal and its mobile game for the “Jurassic World: Fallen Kingdom” movie on a program where shoppers visit a Walmart store to take an AR photo or video of an in-store dinosaur that can be shared socially.

Two years ago, Gartner Inc. pegged virtual personal assistants and smart machine technologies as being five to 10 years out from fully disrupting retail. 2 Today, around 25 percent of consumers say they prefer to use voice assistant technology rather than a website to find information, and in three years that number is projected to rise to 40 percent. 3

As smart fridges and voice-assist devices like Amazon’s Alexa, Microsoft’s Cortana, and Google Assistant see more home use by consumers, brick-and-mortar could see some disruption. At the same time, retailers are becoming more comfortable adopting voice assistant and smart machine technology in stores. Artificial intelligence (AI) and machine learning power digital assistants at retail, and the technology can include a voice-activated device on a display to find the right kind of craft beer, or an actual robot in the aisle.

The key to the digital assistant is its ability to get hyper-personalized with a shopper. An AI machine, for example, can use facial recognition to read a shopper’s emotion, such as Softbank Robotics’ Pepper, a small robot that rolls around in 140 SoftBank Mobile stores in Japan to welcome, inform and amuse customers. Digital assistants have access to massive amounts of data so they can drill into shoppers’ specific needs; shoppers no longer have to do research on their phones or sync their phones to a retail experience.

Machine learning, too, is already having a large impact on retail stores, turning big data based on demographics into actionable, personalized promotions. With its ability to analyze and automate big data, machine learning can create a tailored assortment for a store location, develop dynamic pricing to give stores the right price and manage promotions at a retail store. It can power a more personal feel for a store, even if the look of that store isn’t changing much.

As technology continues to make the world smaller and becomes a more integral part of what it means to be human, the lines between online and in-store shopping will blur to the point of vanishing. The store will never again be simply a building to walk into, in the same way a screen isn’t just something to look at anymore. Change is the only thing that will remain the same, and retailers with a strategic vision will unlock powerful new ways to turn this era of digital transformation into a more fully evolved connection with their customers.

Are you ready for the digital transformation of retail?
Aperion is helping to create the future of food retail through digital transformation. We focus on shoppers, what they buy, and the environments in which they buy. Our strategists, innovators and technology integrators come together to enable retailers to not only effectively compete, but to continuously drive tangible bottom line results that positively impact loyalty, revenue and profitability