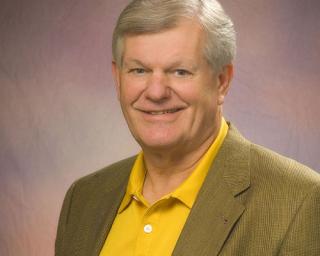 GREENVILLE, S.C. — Nearly 50 years after opening the first Spinx convenience store, and 10 years after his induction into the Convenience Store News Hall of Fame, Stewart Spinks still marvels at the resiliency of the convenience channel and its ability to be a good community neighbor.

The Spinx Co., the Greenville-based chain of modern convenience stores throughout South Carolina, celebrates its 50th anniversary in 2022, and CSNews recently had the opportunity to interview the company's founder and chairman Stewart Spinks.

The chain, which has grown to 82 stores, is planning a full year of community-service activities leading up to a celebration of its anniversary on Dec. 1, 2022.

"It's in the DNA of the channel to be a good community neighbor and as a local South Carolina company, it's even more important for us to do the right thing," said Spinks, who started in the convenience retail industry working for Shell before buying his first gas station from the oil company in 1972.

The channel has been through lots of change since then, and more change is on the way, according to the industry veteran.

"Today's disruption is similar to what we saw in the 1970s when self-service gas stations became the new normal," he said, noting that the timing then was right to take advantage of the transition from service stations to self-service.

Over the past two years, the industry has seen disruption in the form of the COVID-19 pandemic. During this time, Spinks said he felt an enormous obligation to take care of both his employees and customers.

"We hired an extra staff member for each store in charge of deep cleaning," he said, adding that these teammates wore a special uniform and created "a theater of cleanliness for the store."

In addition to encouraging its employees to get vaccinated, Spinx gave incentive pay to associates in the form of $2 extra per hour for three to four months during the pandemic. Then, to further show its gratitude, the retailer shared its entire gross profit for the day with its hourly workers on July 4, 2021.

The company also has an Employee Assistance Fund for employees who are in need, and was able to utilize that to assist teammates facing challenges due to COVID-19. For instance, the company paid the funeral expenses for one employee whose mother died from COVID.

Another disruption Spinks sees on the horizon is the push toward electric vehicles.

"Our job as a retailer is not to dictate what people buy, but to provide them with what they want to buy," he said , commenting on the move by many states to reduce the sale of internal combustion engine vehicles. "I'm here to serve our customers with convenient locations and with great people. It's not my job to debate EVs vs. gasoline engines, but to prepare for the future."

To that end, Spinx recently reopened its Orangeburg, S.C., store with Tesla charging stations as part of the offer.

Similarly, Spinks points to how the company met the challenge of providing quality foodservice for its customers.

"In 1986, we started selling Aunt Pearl's-inspired fried chicken, but that was only a moderate success because our store was too small. Then, in the 90s, I thought I needed every franchise [quick-service restaurant] I could get. We had Burger King. We had Subway. We had Arby's, Pizza Inn, Stuckey's, etc., and we learned all about foodservice," he recalled.

"In 2000, we were ready to get behind the Spinx brand. No more franchising. It was, and still is, all about Spinx's proprietary food. We won customer acceptance of c-store food with our own brand."

The success of Spinx's foodservice evolution was recognized this year when the retailer was named Prepared Foods Innovator of the Year in CSNews' annual Foodservice Innovators Awards program.

"We are a creative industry," said Spinks. "I have no doubt the c-store industry will continue to rise to the occasion against all challenges in the years ahead."

Watch for further announcements of news and activities as The Spinx Co. celebrates its 50th anniversary throughout 2022.