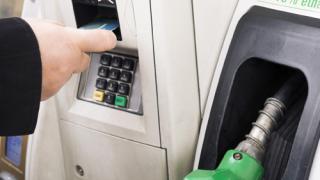 ALEXANDRIA, Va. — The deadline for shifting the EMV liability at the pump has been pushed back to April, and that may be a good thing considering that the overwhelming majority of convenience and gas retailers are not prepared for the move.

According to a recent Conexxus survey, only 15 percent of fuel retailers, fuel distributors/wholesalers and major oil firms have fully deployed EMV-compliant payment systems at their fuel pumps.

As Convenience Store News previously reported, the major financial companies agreed to delay the compliance deadline from October 2020 to April 2021. However, the Conexxus survey took place from Feb. 27 to March 3, prior to the delay announcement.

Cost was cited by 60 percent of this year's respondents as the top reason for the lag in upgrading the automated fueling dispensers. This is compared to 43 percent who pointed to it as the top reason last year.

In addition, respondents who said the risk of upgrading didn’t justify the cost fell to zero, a marked improvement over the 43 percent of respondents in the 2019 survey.

As NACS pointed out, during the COVID-19 pandemic, consumers have shown a willingness to use contactless payments, and the latest Conexxus survey found strong support among owners/operators for contactless card payments at the pump, particularly after the coronavirus hit the United States.