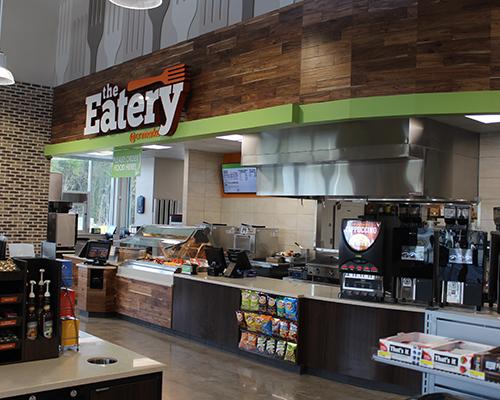 Other unique aspects of this store include touchless bathrooms, exposed ceilings and outdoor seating. The forecourt has 20 fueling stations and one electric vehicle charging station.

"This is the largest Enmarket we've built from the ground up," noted Enmarket President Brett Giesick. "We're excited to announce this new location and believe it serves as a fine example of our dedication to providing customers with quality service and food."

The Pooler Parkway store also has certain features not seen by customers, but that contribute to better service, such as a redesigned, more efficient kitchen and an improved vendor receiving area.

This new store is part of Enmarket's ongoing expansion plan, which also includes the rebuilding of its existing store on Martin Luther King Jr. Boulevard in downtown Savannah, Ga.; a future store in Port Wentworth, Ga.; and a new headquarters complex that will include a rebuild of the Enmarket store on U.S. 17 at Chatham Parkway.