Expanded Products & Services Pay Off for TravelCenters of America

Expanded Products & Services Pay Off for TravelCenters of America 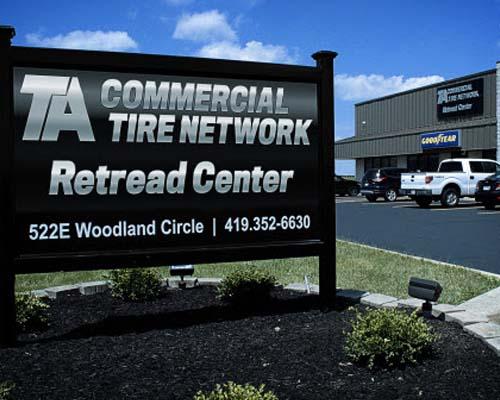 WESTLAKE, Ohio — TravelCenters of America LLC is making progress on its objective to provide traditional and non-traditional customers with a variety of products and services to meet their needs.

In particular, the travel center operator continues to gain traction with its mobile maintenance and emergency repair services.

In addition, work orders in its RoadSquad call center business increased by 4.6 percent in the latest quarter. TravelCenters currently has more than 530 RoadSquad trucks at company sites.

"We sold 10.3 percent more tire units this year than last year in the third quarter and as we expand our OnSite business, we expect to see further increases in tire unit sales," Richards said.

The company's Goodyear-branded Retread Center, which just opened in July, reported positive EBITDA in less than three months of operation, he added.

Also this past quarter, TravelCenters began supporting one of its top 10 largest fleet customers with a casing management program for tire retread.

"We think this was a key win for us because we convinced a larger fleet to work with us instead of the multiple individual dealers with whom they were doing business. We believe other fleets will take note and follow, and we are in discussions with others for similar programs," said Richards.

Aside from expanded products and services, TravelCenters is continuing efforts in its TA Restaurant Group to rationalize its full-service food offerings.

Three casual-dining restaurants were closed in the third quarter for rebranding or conversion to quick-service restaurants, according to Richards.

"These closings continue to weigh on full-service restaurant revenues and gross margin, which were down 4.3 percent and 3.1 percent, respectively, year over year in the third quarter," the COO said.

"In addition to the rebrandings, we're focused on making our operations more efficient. We've closed certain restaurants during unproductive hours and the new restaurant management software installed as part of a multi-year project is allowing our managers to better forecast and schedule staff accordingly," he explained.

Collectively, the shift closures and software saved approximately $574,000 of labor expense in Q3, compared to the same period last year.

Going over TravelCenters' third-quarter results, Chief Financial Officer Bill Myers said from a consolidated perspective, the company saw a net loss of $70.5 million, compared to a net income of $62.3 million a year ago. The loss from discontinued operations net of taxes was $72.1 million, primarily as a result of a $78.7-million loss due to the company's sale of its Minit Mart convenience store network.

Fuel revenues increased by $264.5 million in the third quarter compared to the same period last year, primarily due to higher market prices for fuel during the latest quarter. Fuel gross margin increased by $7.5 million compared to Q3 2017, primarily as a result of the increase in fuel sales volumes and a more favorable purchasing environment.

Nonfuel revenues increased by $17.4 million in this quarter compared to the 2017 third quarter, including a $13.9-million same-site increase and a $3.5-million increase attributable to new sites.

The increase on a same-site basis was primarily due to growth in TravelCenters' truck service program and the positive impact of certain marketing initiatives, the company stated.

Nonfuel gross margin increased by $9.6 million compared to the 2017 third quarter, including a $8-million same-site increase and a $1.6-million increase attributed to recently acquired sites.

"The 20-basis-point decline in nonfuel gross margin percentage is attributable to the margin profiles of the faster-growing products and services sold during the quarter, namely those products and services within the truck service department," Myers explained. "Of the $9.6-million increase in nonfuel gross margin this quarter, truck service contributed $6.8 million, largely due to the continued expansion of ongoing programs."