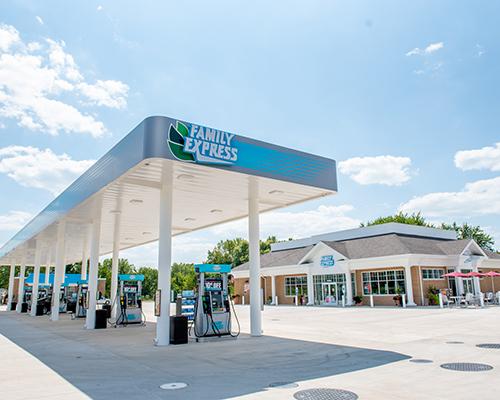 To ensure safety of customers' personal information, it has installed Fiserv's TransArmor data protection system, which safeguards their personal data when they swipe credit cards at the pump, reported The Times of Northwest Indiana.

"The technology at the pump is a big deal," said Gus Olympidis, Family Express founder, president and CEO. "We're a small company that's able to facilitate superior technology in our space that would prevent a major data breach. It essentially fragments the credit card information so if hackers access one card all they have is that individual transaction, not the total deck with everyone's credit card information. You can use your credit card with a level of security that is unsurpassed in North America."

Olympidis noted that protecting consumer information is a "huge concern" for merchants, even though most customers won't even realize the data security is in place.

The goal is to make it easier to buy Cravin's food, which is available at approximately a third of Family Express locations, while on the go. By placing orders while they're pumping gas, customers won't have to wait in line again to place a food order inside the store. The company is still determining whether it will be a smoother process to allow customers to come inside and pick up their waiting order or deliver it to them at the pump.

"We're in the final stages of letting customers order food at the pump, to eliminate friction to the customers," he told the news outlet. "Customers ask why they're asking for my card again when they just paid, and it's a fair question. It's already available at two stores and in the relatively final stages of beta testing. It's been working wonderfully. It's kind of a big deal for a company as small as ours to be able to offer this technology."

In addition to offering food ordering at the pump, Family Express will offer customers the ability to purchase car washes at the gas pump, which can then be redeemed at the on-site car wash facility or at nearby Family Express locations if that particular store does not have a car wash.

"It can't be a half hour out of their way because that wouldn't make sense," Olympidis said. "But we want to facilitate car washes and will be very aggressive in planning them. We have several more in the pipeline. We want to make everything as frictionless for our consumer as possible. It's about reducing friction, so they can do these things right from the pump."