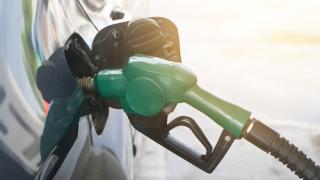 WASHINGTON, D.C. — Two years after the Environmental Protection Agency (EPA) gave the greenlight to year-round E15 sales, the U.S. Circuit Court of Appeals for the District of Columbia reversed the move.

On July 2, the federal appeals court said the EPA overstepped its authority in 2019 when it removed the last remaining barriers to selling the 15-percent ethanol blend in the summer months.

Provisions of the Clean Air Act have prohibited the sale of certain fuels with a higher volatility from June 1 through Sept. 15 to limit smog, according to The Associated Press. Congress has allowed 10-percent ethanol, and the EPA in its 2019 ruling revised the interpretation of the exemption to federal law to include E15.

The court's decision said it's clear from federal law that Congress balanced "wide-ranging economic, energy-security, and geopolitical implications" and that the wording of the law "reflects a compromise, not simply a desire to maximize ethanol production at all costs." They concluded Congress did not intend to allow ethanol blends higher than 10 percent to be widely sold year-round, the news outlet reported.

However, the appeals court ruling — which came in response to a challenge by oil refineries — drew criticism from alternative fuel industry groups.

"We disagree with the court's decision to reject EPA's move to expand the RVP [Reid Vapor Pressure] waiver to include E15, a decision that could deprive American drivers of lower carbon options at the pump and would result in more carbon in the atmosphere," said Growth Energy, the Renewable Fuels Association, and the National Corn Growers Association in a joint statement.

"We are working to ensure the continuity of E15 sales through the 2021 summer season and beyond. This decision could impact summertime sales across all non-RFG areas where nearly two-thirds of retail sites offering E15 currently do business. If E15 in those markets were to end, summertime E15 sales would fall by 90 percent," the associations said

The groups added they are pursuing all available options and will work with the administration and Congress "to ensure that we have a solution in place before the 2022 driving season."

"We are very disappointed by today's decision to strike down EPA's rule that makes it easier to sell E15 year-round in all markets. It is still our view that the law allowing an RVP waiver for blends containing 10-percent ethanol can and should be applied to E15, which does contain 10-percent ethanol, and a little more," said IRFA Executive Director Monte Shaw.

"There is no scientific or environmentally sound reason to erect arbitrary barriers to the sale of E15 in the summer months, which has lower combined evaporative and tailpipe emission than either E0 or E10. Today's decision really turned this section of the Clean Air Act on its head," Shaw added.

IRFA will also pursue "every legal, regulatory and legislative option" to reverse the decision.

"We are confident that as this issue continues to work its way through the legal and regulatory process, E15 sales during this summer's driving season will not be impacted. The key will be to find a solution by June of 2022 to ensure the rug is not pulled out from under fuel retailers across the country who have added E15 to their stations, banking on the certainty EPA provided to offer the fuel all year," Shaw added. "Ethanol producers will not abandon these retailers as we continue to find a path for E15 to be sold all year long."

"We continue to believe EPA's interpretation of the Clean Air Act holding E15 to the same gasoline volatility standards as E10 is consistent with congressional intent while reflecting the improvements in future motor fuels Congress anticipated," Lamberty said.

"EPA's ruling in 2019 cut the RVP red tape allowing more retailers to add the blend to their fuel slate and offer their customers a low carbon fuel with higher octane at a lower cost, and we'll continue to work with our industry partners, as well as administrative and legislative officials, to make sure this ruling doesn't set back the important growth of lower carbon options at the pump to help the Biden Administration decarbonize the transportation sector," he added.