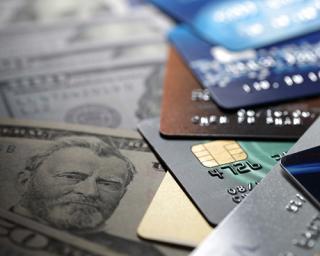 NATIONAL REPORT — Multiple retail associations are applauding the introduction of the U.S. House of Representatives companion legislation to the Senate's Credit Card Competition Act of 2022.

On Sept. 19, U.S. Reps. Peter Welch (D-Vt.) and Lance Gooden (R-Texas) introduced a bipartisan bill that takes aim at the high swipe fees that are paid by businesses and passed on to customers.

"Credit card companies and mega banks keep finding new ways to squeeze our small retailers in Vermont," Welch said. "In a well-functioning market there is competition and choice. That does not exist in our current credit card network market.

"This bipartisan bill will correct that and bring much needed competition to the Visa-Mastercard duopoly," he said. "This long-overdue bill will help our small businesses thrive and lower household costs for families at a time when they really need it."

The bill follows the U.S. Senate version, S. 4674, that Sens. Richard Durbin (D-Ill.) and Roger Marshall (R-Kan.) introduced in July. If passed into law, the Credit Card Competition Act would require the largest U.S. banks that issue Visa or Mastercard credit cards to allow transactions to be processed over at least two unaffiliated card payment networks.

"For too long major credit card companies and the nation's top financial institutions have collaborated to sideline community banks and local retailers in Texas," Gooden said. "Our free-market economy cannot exist without healthy competition, and I am proud to introduce legislation to fulfill my pledge to protect small businesses and ensure these companies can no longer use their monopolistic power to crush their competition."

Visa and Mastercard currently account for around 83 percent of general-purpose credit cards, which gives the companies considerable leverage and results in U.S. merchants paying some of the highest fees in the world, according to the lawmakers. They include network fees paid directly to Visa and Mastercard as well as swipe fees paid to issuing banks.

The Credit Card Competition Act of 2022 requires that banks with more than $100 billion in assets allow electronic credit transactions to be processed on no fewer than two unaffiliated networks, at least one of which must be outside Visa or Mastercard. This is intended to inject true competition into the credit card market by lowering the barrier to entry for new entrants, encouraging innovation, and exerting competitive pressure on Visa and Mastercard's fee rates.

The full text of the bill as available here.

NACS endorsed both the House and Senate versions of the legislation. The association noted that convenience store swipe fees totaled $14 billion in 2021, which was a 26 percent increase over the previous year. During the first half of 2022, credit card swipe fees were up another 33 percent.

"These fees are simply outrageous because there is no competition. Our stores compete every day for consumers' business — as does every other business in the country," said NACS President and CEO Henry Armour. "This competition also drives innovation. In the broken credit card market, no competition means a lack of innovation and an open invitation for these large multinational corporations to continually increase rates and take advantage of a system that only benefits them."

NACS General Counsel Doug Kantor testified before the U.S. Senate Committee on the Judiciary in May.

"Credit card fees are rising because they are a percentage of the total transaction amount. That means there have been many times during the past few months when retailers were paying more in swipe fees selling fuel to customers — often about 10 cents per gallon — than they were ultimately making on those sales," Kantor said. "That makes no sense given the costs retailers incur and risks they take to maintain a site with underground storage tanks, transport fuel, and sell it to customers — often staying open 24 hours per day during a labor shortage and, in the past two years, a pandemic. Processing those transactions should not cost more than the profits that can be made after all of that effort."

In the U.S., banks that issue Visa and Mastercard credit cards charge a swipe fee averaging 2.25 percent of the purchase price when a transaction is processed over their networks. This means that Americans pay the highest swipe fees in the industrialized world, and an estimated $900 a year per family, according to NACS.

"While rising costs and swipe fees are pinching American pocketbooks, Visa executives publicly stated that inflation is good for their bottom line because their fees go up. That level of arrogance can only exist in a marketplace devoid of competition. Our local businesses and the communities they serve deserve this long-overdue change," Armour added.

The National Retail Federation (NRF) stated that the introduction of the House bill shows that the pro-consumer legislation is rapidly gaining momentum in Congress.

"Lawmakers from both sides of the aisle and both chambers of Congress are alarmed by how much skyrocketing swipe fees are driving up prices for consumers and recognize the need for competition," said Leon Buck, NRF vice president for government relations, banking and financial services. "Making networks compete over who gets to process transactions will make a huge difference in bringing these fees under control and will strengthen the security and reliability of the credit card system at the same time."

"Congressmen Welch and Gooden have identified the key reason why this legislation in necessary — the credit card payments market is fundamentally broken, controlled by the largest Wall Street banks and credit card companies and designed not to provide better service, but to squeeze every retailer, restaurant and merchant in America with high fees. This legislation will bring much-needed competition to the market, benefiting every card-accepting merchant and their customers," said Executive Vice President, Government Affairs Austen Jensen.

"We thank Representatives Welch and Gooden for their bipartisan work on this issue and commitment to bringing much-needed competition to the payments space," Jensen added.

In September, nearly 1,700 small businesses and national retail chains, as well as 200-plus trade associations wrote to federal legislators to express support of swipe fee reform.