NATIONAL REPORT — Although gas demand is lower than a typical summer, it is the highest recorded since late March — signaling Americans are filling up more.

"The increase in gasoline demand contributed towards the national gas price average's 4 cent jump to $2.17," said Jeanette Casselano, AAA spokesperson. "While that average will continue to increase ahead of the Independence Day holiday weekend, travelers will find pump prices about 50 cents cheaper than last year’s holiday."

AAA did not release an Independence Day holiday travel forecast this year but does forecast that Americans will take 683 million road trips from July 1 to Sept. 30.

Here's how the country is faring by region:

Mid-Atlantic and Northeast states saw large pump price jumps compared to recent weeks with increases ranging from 4 to 9 cents. West Virginia, North Carolina and Pennsylvania had the biggest increases in the region and land on this week’s top 10 largest weekly increases list. All other states saw prices fluctuate between 4 and 8 cents with the exception of New York (2 cents).

With the exception of Virginia ($1.96), all Mid-Atlantic and Northeast state averages are $2 per gallon or more. Pennsylvania carries the most expensive average in the region at $2.43 and also lands on this week’s respective top 10 most expensive markets list in the country.

All states in the Rockies region saw gas prices increase, but there was volatility to how expensive they pushed, according to AAA. For example, Colorado saw an increase of 8 cents Colorado, Montana increased 5 cents, Wyoming increased 4 cents and Idaho increased 2 cents.

State gas price averages in the region rank among the most expensive in the country, with Colorado ($2.46) and Idaho ($2.34) landing on this week's top 10 list.

Pump prices across the West Coast region increased last week, and prices likely are poised for more increases ahead of the holiday weekend. Alaska and Arizona the saw largest increases in the region at 5 cents, respectively.

This Independence Day holiday weekend motorists will find the cheapest gas prices in the South and Southeast region. On the week, New Mexico ($2.01) and Florida ($2.02) are the only states in the region with an average greater than $2 per gallon and to see increases less than 5 cents.

Pump prices jumped as much as 9 cents for all other states in the region on the week.

It was a volatile week at the pump across the Great Lakes and Central States. Kentucky (9 cents), Michigan (9 cents) and Minnesota (6 cents) saw the largest increases in the region and land on the top 10 list for largest weekly jumps in the country. 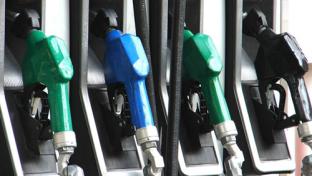