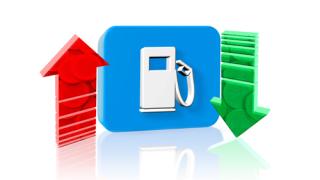 WASHINGTON, D.C. — Stable global oil prices and modest domestic demand for fuel have led the average price at the pump to fall below $4 for the second consecutive week.

"Drivers are now benefiting from gas prices that are $1.11 less than their peak in mid-June," said Andrew Gross, AAA spokesperson. "But now we need to keep an eye on the weather as hurricane season arrives. These storms can affect prices by disrupting oil production in the Gulf of Mexico and impacting large coastal refineries." 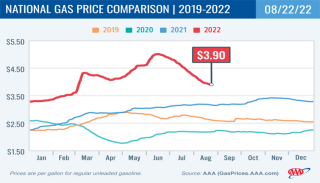 At the close of the formal trading session on Aug. 19, West Texas Intermediate increased by 27 cents to settle at $90.77.

Although crude prices increased at the end of last week, EIA reported that total domestic crude supply decreased by 7 million barrels to 425 million barrels, and crude prices declined earlier in the week after U.S. housing data showed that homebuilding dropped to its lowest level in one and half years in July.

A Message From Fuel Retailers

In his latest Viewpoint titled "Fuel Retailers' Message to President: Look in the Mirror," Convenience Store News Editorial Director Emeritus Don Longo wrote that gas station owners are not to blame for high gas prices, but they can help struggling consumers.

U.S. households are now spending the equivalent of $5,000 a year on gasoline, up from $2,800 a year ago, according to Yardeni Research.

One way retailers can help consumers is to use their loyalty programs to reward frequent customers with cents off a gallon of fuel, or tie in other in-store purchases to discounts on gas.

"As I write this, fuel prices appear to be moderating slightly. The Fed's move to increase interest rates also appears to be slowing inflation, which is good as long as it doesn't trigger another housing crash or recession," Longo wrote. "The convenience store industry has weathered worse times than this."