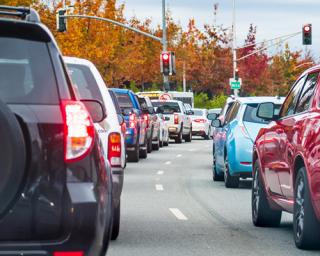 WASHINGTON, D.C. — Drivers preparing for holiday road trips have a reason to give thanks: the national average gas price dropped 11 cents over the past week to $3.66 per gallon.

Despite the decline, this Thanksgiving will see the highest national average since AAA began keeping records in 2000.

"The national average has fallen sharply since the June peak of nearly $5.02," said Andrew Gross, AAA spokesperson. "But this Thanksgiving will be about 20 cents higher than a year ago, and a dollar more per gallon than a pre-pandemic 2019. However, we can be thankful that gas prices are moving in the right direction for now."

Drivers are likely to see prices dip through the Thanksgiving holiday as demand remains low and stocks grow, AAA reported.

The current national average of $3.66 is 16 cents less than one month ago and 26 cents more than one year ago.

At the close of the formal trading session on Nov. 18, West Texas Intermediate decreased by $1.56 to $80.08. Crude oil prices decreased last week despite EIA reporting that total domestic commercial crude stocks experienced a dramatic decline of 5.4 million barrels. The price drop was due to market concerns that oil demand could decrease due to growing economic concerns.

This week, persistent concerns that economic growth may stall or reverse course could push prices lower. If demand for crude oil falls, pump prices will likely decline in turn, according to AAA.