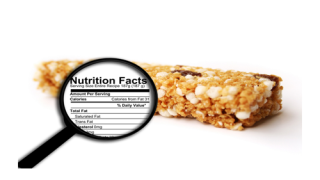 CHICAGO — Even though the Food and Drug Administration recently issued guidance to reduce the average daily sodium intake by 12 percent over the next few years, food market research by The NPD Group finds that consumers are more concerned about the amount of sugar in their diets than they are about sodium.

According to the group's Health Aspirations & Behavioral Tracking Service, half of U.S. consumers ages 18 and older are trying to get less sugar in their diets vs. 36 percent who want to reduce their salt intake.

When it comes to the Nutrition Facts label on the back of food packaging, sugar ranks at the top of what adult consumers look for on the label. Among adults ages 18 and older, 56 percent look for sugar, followed by calories (45 percent) and sodium (38 percent).

"Regardless of the available nutritional information and dietary guidelines, consumers choose to focus on what they deem important," said Darren Seifer, food and beverage industry analyst at NPD. "Eating habits are difficult to change unless a change is needed because of a health condition. When food manufacturers and foodservice operators can reduce the sodium in foods and still make them taste as good, they will play a major role in reducing U.S. consumers' salt intake."

Chicago-based NPD Group offers data, industry expertise, and prescriptive analytics to help clients grow their businesses in a changing world. More than 2,000 companies worldwide rely on the group to help them measure, predict and improve performance across all channels, including brick-and-mortar, e-commerce and B2B.